Home / Pest News / Most Common Termites in the South

With warmer temperatures and higher humidity, most states in the southeastern region experience a heavy termite swarming season. During the spring months, many swarmer termites begin to infest homes across the country, causing billions of dollars worth of damages – most of which are not immediately detectable. That’s more than hurricanes and fires combined!

By the time you discover a termite infestation, the damage has already been done. The key to effective termite protection is prevention: you have to know your enemy! Read on for a guide to the most commonly found termites in the south from Palmetto’s expert termite exterminators so that you can keep your home protected against these pests.

What Are The Most Common Termites in the South?

Termites, often nicknamed “silent destroyers”, are small yet destructive pests that feed on cellulose, an organic compound commonly found in wood. These pests are often devastating to homes and businesses, as wood is typically found in structural studs, between sheetrock, flooring, and even in the wallpaper of a building.

Like many residents of the south, these termites prefer warm, humid climates similar to that of the Carolina coastline. However, drywood termites are unique in that they do not need moisture from the soil to survive. In fact, they typically spread out and live in multiple colonies inside the wood they are feeding on. Because a drywood termite infestation typically involves multiple colonies within the home, termite extermination is especially tricky. If you spot a drywood termite inside your home, you should immediately contact your local termite exterminators.

Since drywood termites have several colonies that live in close proximity to one another, they can quickly spread from wood structures to trim, flooring, furniture, picture frames, and more.

They are most prevalent in attics, ceilings, roof rafters, wooden exteriors, and posts. Unlike other termites, drywood termites eat across the grain of the wood, destroying both the soft springwood growth and the harder summerwood growth.

These termites can be best identified by their pension for kicking the colonies’ fecal pellets, which resemble heavy grains of sand or sawdust depending on the type of wood they are feeding on, out of the gallery. The most effective termite extermination technique to control a Drywood Termite infestation is to remove the wood that they are feeding and living in. If removing the wood isn’t an option, the next best solution is to closely monitor the situation and perform spot treatments on areas of activity. 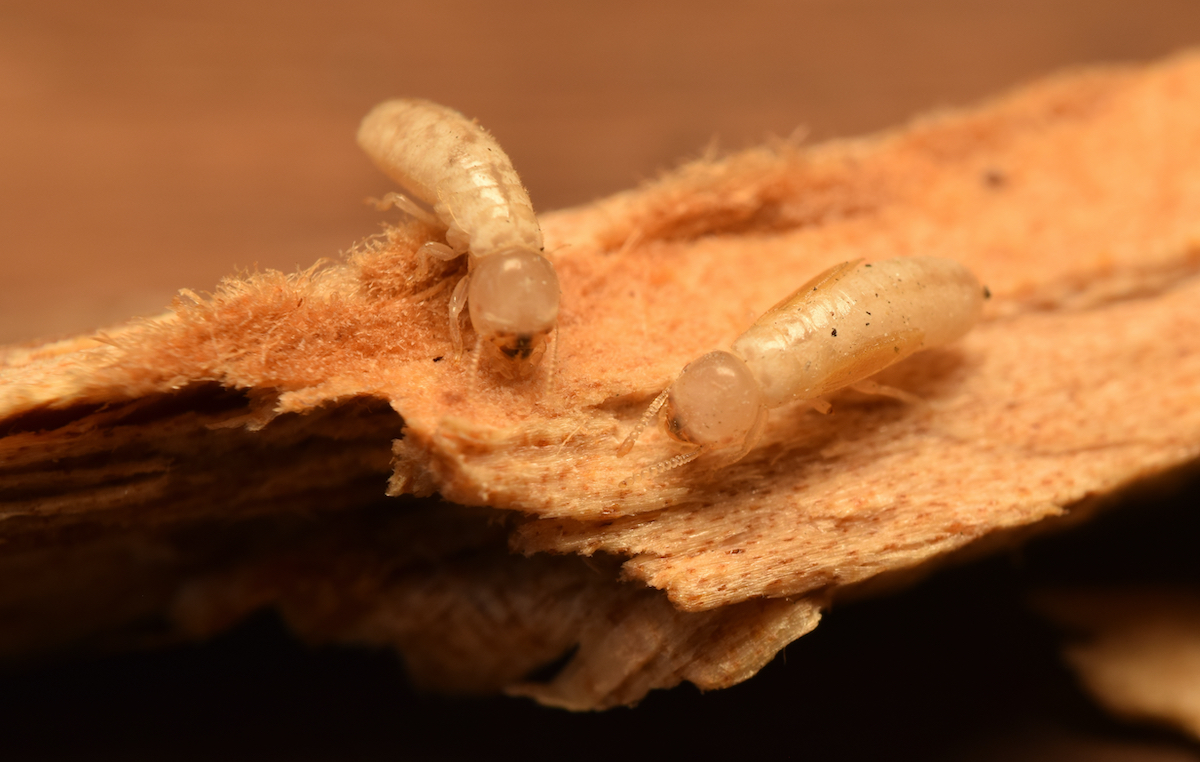 Subterranean termites are the most common – and most destructive – species of termites in America. They are found everywhere in the U.S., with the exception of Alaska, and are especially common in humid subtropical locations, spanning from Florida to southern California. These termites have hard, saw-like mandibles, or mouthparts, that allow them to bite off small fragments of wood and material one by one. They have a propensity to inflict extensive amounts of damage to wooden structures and are more than capable of collapsing entire homes and buildings.

Eastern Subterranean termites live in underground colonies, although there can be aboveground populations in damp areas. These termites build unique “mud tubes” or “termite tubes” to reach food sources while protecting themselves from open air. With their strong mandibles, they can even build tunnels through cracks in the concrete. Subterranean termites typically prefer to feed on softwood, eating with the grain of the wood rather than against like drywood termites. 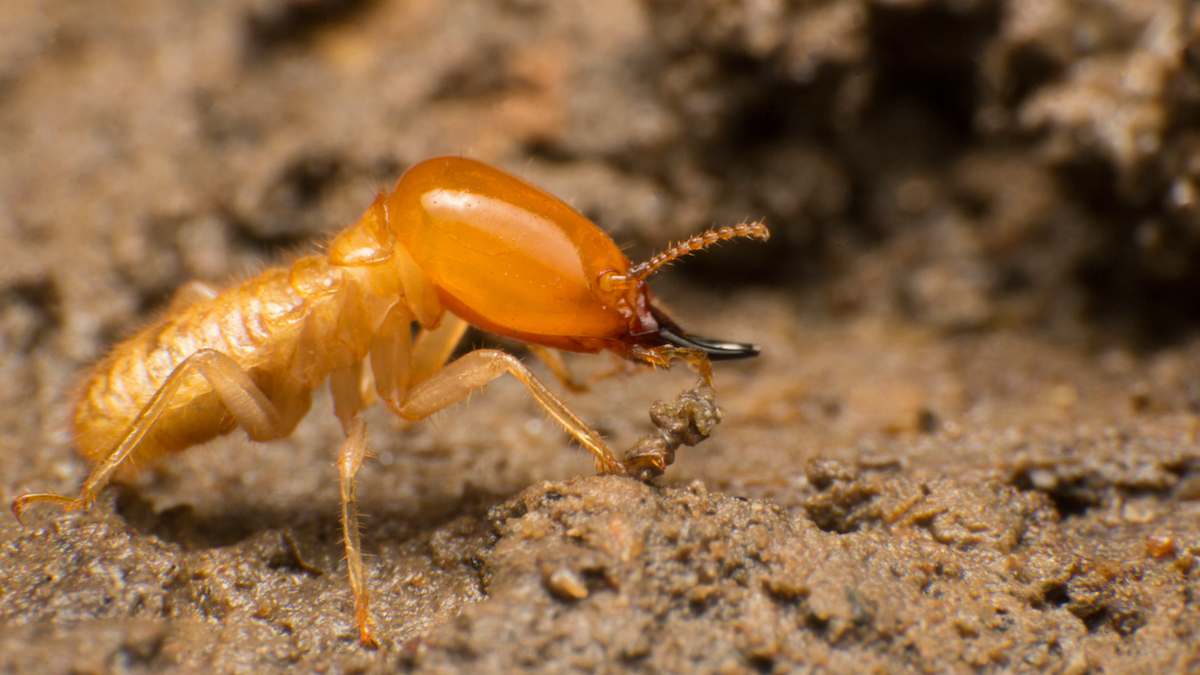 The Formosan termite is commonly found in Southeastern states, including North Carolina, South Carolina, and Georgia. They are the dominant type of subterranean termite in the Lowcountry. Our termite extermination experts estimate that this species causes between 75 and 100 million dollars in structural damage within the Lowcountry each year. If you are located in the area, give our Palmetto Exterminators Charleston SC branch a call today!

Formosan termites are typically subterranean termites, but differ from the Eastern Subterranean Termite in that Formosan Termites can live away from the ground given enough moisture to sustain a colony. In recent years, even aerial termite infestations in clogged gutters and wooden roof linings have been discovered. A typical Formosan termite colony can produce millions of workers and greatly outnumber Eastern Subterranean termite workers. 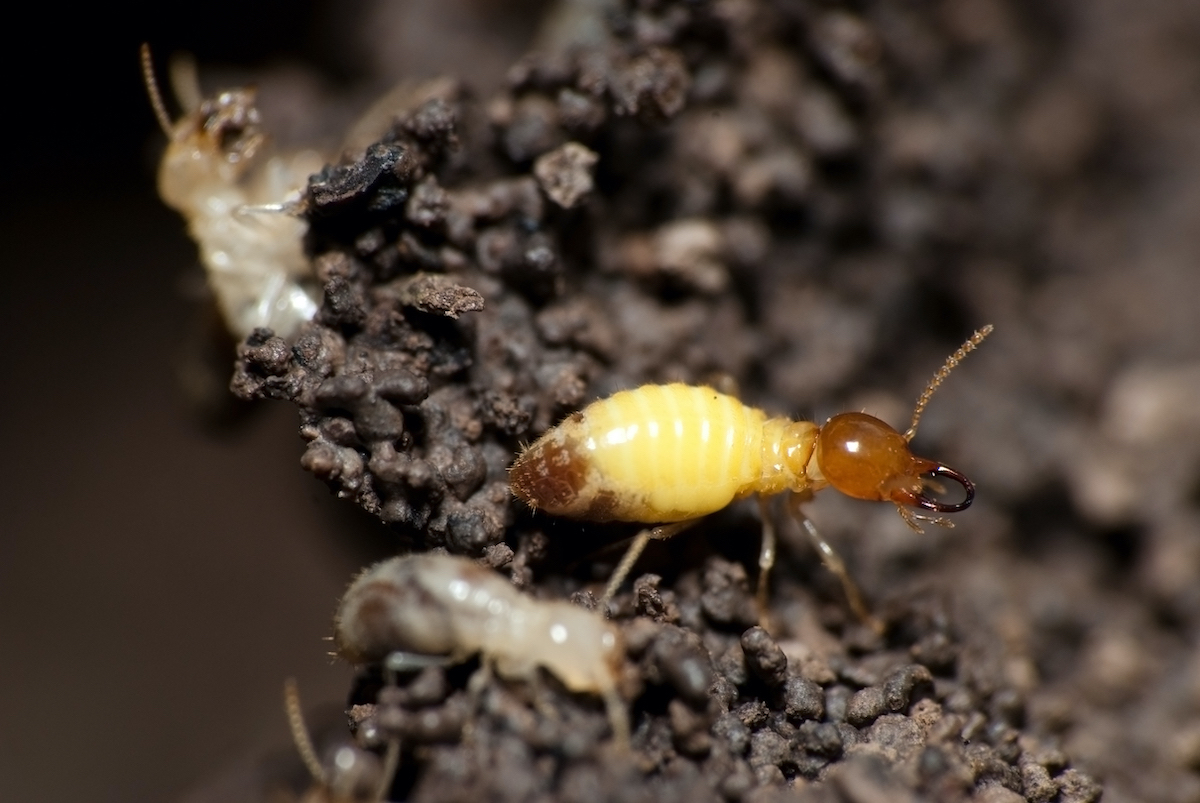 Termites are professionals at hiding and can cause a lot of damage in the process. They are not a pest you should try to control with DIY measures! If you live in an area prone to termites, it’s important to have regular, annual termite inspections, a reliable termite protection plan, and licensed termite exterminators you can contact for assistance. Contact Palmetto Exterminators today to learn more about our pest control solutions. In the meantime, here are some termite control resources for more information:

What Do You Do If You See Termite Swarmers?

What do you do if you see termites swarming around your home? Here's what you need to know.
Read More 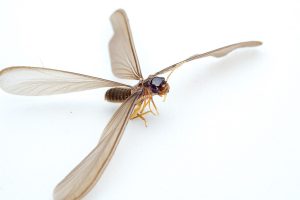 Are You Ready for Termite Swarming Season?

Termites are a source of dread for every homeowner that generally remain unseen, however, during termite swarming season, they make an appearance that can’t be missed.
Read More

Ed has been wonderful to work with. He is very knowledgeable and a true gentleman.