Home / Formosan Termites / What Should You Do If You See Termite Swarmers? 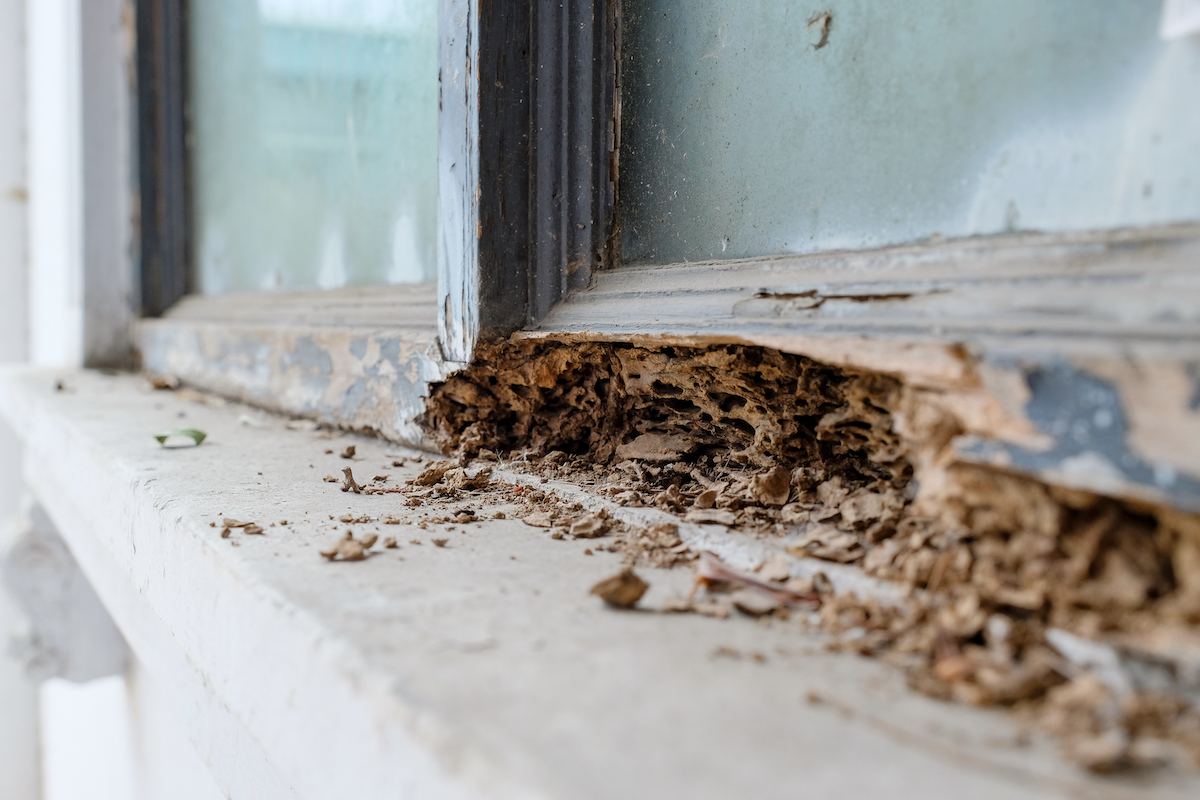 Termite swarm season is here—and these pests don’t mess around (which means you shouldn’t, either).

“I wish I had known” is the number one thing we hear from new customers, especially those who have termite damage. What do they wish they had known? The importance of a termite agreement and an annual pest inspection from a reputable pest control company.

According to the National Pest Management Association, the national average repair cost for termite damages is around $2,500. But, in areas of established Formosan termite populations like in the Southeast, the average is much higher at $7,500.

That’s why homeowners in North Carolina, South Carolina, and Georgia, which are particularly problematic regions, should be protected with a long-term termite agreement and a local pest control company to stop them at their source—termite swarmers. So, in case you do spot a termite swarmer near your home, here’s what you need to know about them and, most importantly, how to get rid of them.

A Guide to the What, How, When, & Why of Termite Swarming Season

What are termite swarmers?

Many people mistake these “hovering clouds” of swarmers for gnats or other flying insects. Termite swarmers, or alates, are termites with no biting or chewing mouthparts, which means they do not cause any physical damage to your home. Instead, they are equipped with wings, allowing them to leave their existing colony for their sole purpose: reproduction. Termite swarmers leave their nests to start a new one elsewhere. So, if you see termite swarmers near your home, they could be starting a new colony in the cracks and crevices of your foundation, which can lead to expensive damage down the road.

Why do termites swarm?

Though it sounds like something out of a horror flick, termite swarming is a natural part of the termite life cycle. Termites swarm once when the existing colony reached full capacity. Depending on the species, the size of a mature colony can range anywhere from several thousand to several million. Termite swarmers include both males and females, and the number of swarmers produced depends on the species and size of the existing colony. Mature colonies of Formosan termites, the dominant species in the Southeast, produce thousands of swarmers that fly out at once. There could be 70,000+ in any given evening flying towards light sources in or around homes.

When do termites swarm?

Termites swarmers are picky—they choose to leave the existing colony when the conditions are just right. When colonies have reached their full capacity, and conditions are optimal, swarmers begin flying out of the soil by the thousands. This typically happens once a year, usually during the daytime in the spring months, after heavy rainfall. Eastern Subterranean Termites generally swarm from late March to April every year, whereas, Formosan Termites swarm from late May through June. Once termite swarmers have emerged from the soil, they begin to pair off and mate. Then, they will shed their weeks before settling down to create a new nest. Typically, the termite swarming process occurs over a span of several days, with one large, initial launch followed by smaller releases.

Do termite swarmers mean I have a termite infestation?

Termite swarmers are nature’s way of telling us there is termite activity happening around your home. This is often the only time homeowners notice the presence of termites. Outside of swarming seasons, termites stay invisible, and you probably won’t know if you have an infestation without an annual termite inspection. Otherwise, you could have a hidden termite infestation in your home doing damage for several years before it is discovered. On the other hand, Formosan Termites have the ability to cause thousands of dollars in damage in just a few months.

While the presence of termite swarmers doesn’t necessarily mean that you have an active termite infestation in your home, it could be the first warning sign. If you see a termite swarm, it’s important that you call a licensed termite exterminator immediately. That way, they can inspect and verify the source of the termite swarmers.

Ultimately, the source is either 1) an infestation in your home or 2) significant termite activity close to your home—in nearby trees or other wooden structures. Historically, greater than 95% of the termite swarmers we find inside homes originated from outside of the home, however, you shouldn’t take the presence of termite swarmers lightly.

It’s not a matter of “if” but rather “when” you will have a termite infestation, and that’s not a risk any homeowner should take. Formosan Termites alone cause 75 to 100 million dollars in damage to structures in the Lowcountry each year. Keep your home protected by a reputable termite extermination company that has experience with and covers Formosan Termites.

Make sure to stay aware this swarm season. For more information on termites or our termite protection agreements, contact Palmetto Exterminators and book your free termite inspection today.