Home / Pest News / The Story Behind the Palmetto Bug 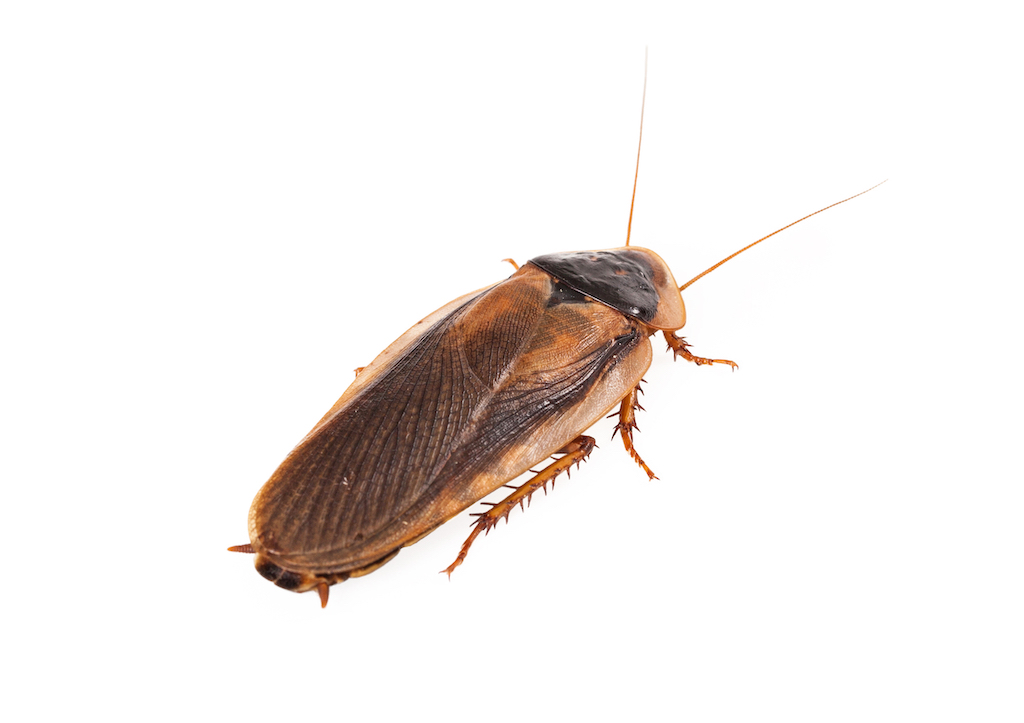 History of the Palmetto Bug

If you’ve spent any time in the Carolinas you will be familiar with what has been locally dubbed “The Palmetto Bug”. Covered in a light brown exoskeleton, these eight-legged insects have a long history of scurrying into homes across the coastline. Dating back to the Carboniferous period, over 360 million years ago, they are some of the oldest organisms that still exist on planet earth. Their legs are adapted to almost every terrain, making them extremely fast, and their bodies are flat, enabling them to hide in small, tight spaces. They clean up decaying plant matter and release necessary nitrogen into the atmosphere. Furthermore, Palmetto Bugs are a tenet of beach life and a thorn in the side of homeowners and children everywhere.

While they go by different names, local exterminators say that the palmetto bug and the American cockroach are practically the same insects. There are a few theories about how the name came about. The most common one is that it comes from where the bugs like to live, in the palm fronds at the base of the palmetto tree that is centered on the state flag of South Carolina. However, there is another idea that it came from old, genteel Southerners that did not want to admit that they had common cockroaches in their home, and therefore required a more palatable, upper-class name to call the vermin, however harmless they may be. The advent of electricity had housewives everywhere switching on lights only to see the palmetto bug scurry into a dark, wet hiding spot. Southern women even referred to the act of trying to stomp on them as they ran as, “the bug dance”. A College of Charleston fraternity started the Roach-a-Thon in the 1980s where contestants would paint numbers on the mahogany exoskeletons of the bugs and have them compete in a “roach race”. The fundraiser continued annually until the 90s and featured the race, a roach stomp, a parade, and, of course, a dance party.

Despite their inextricable history with the region, some of it admittedly wildly entertaining, they still are a plague to many homeowners and vacationers. They are omnivores so they will eat both meat and vegetation, but have a preference for sweet, starchy foods. Summer fun often features things like popsicles, sweet drinks, and fruit galore, but make sure to take out your trash and wipe down your counters so that the remnants of your fun summer day don’t attract the palmetto bug to your home or rental.

These pesky creatures can travel up to 210 miles per hour, or 50 human body lengths per second. They are nocturnal creatures and have large eyes with more than 2,000 lenses, perfect for seeing in the dark. While both males and females are winged, palmetto bugs are not comfortable flyers. While this doesn’t mean they won’t take to the air in a pinch, they prefer to stay on the ground in crawl spaces or shrubbery.

The warm, humid climate of the South attracts lots of visitors from all over the world, and some from right out of the backyard. Palmetto bugs prefer a warm, dark, moist environment. They will be attracted by mulch and bushes, but end up in your crawl spaces and garages, which tend to be darker and more moist areas of a home. Keeping your garage organized will help reduce this occurrence, as will keeping dehumidifiers in your crawlspace, garage, or any area of your home that fits the description. Because the palmetto bug is nocturnal, it will avoid any bright light, even an artificial one. However, another native to the Lowcountry, the Asian Cockroach, is attracted to lights, so to avoid any cockroach encounter it’s best to make sure your doors and windows are properly sealed.

While the palmetto bug can only live up to one year, females are prolific reproducers, typically producing around 150 offspring in their short life. They can lay capsules, called an ootheca, that contain up to twenty eggs at one time and take around six weeks to hatch. The chemicals released during this process attract other palmetto bugs to that area, which, if inside a home, can become a big problem very quickly. Not only do they invade your home, but they can also contaminate your food and air, which can exacerbate chronic lung conditions, like asthma, and make allergies worse than they already are.

While you can implement the methods above in order to stave off the presence of the palmetto bug, this ancient survivor has adapted well to its current circumstances. With 360 million years of practice under its belt, this unassuming insect can become a serious persistent problem. The only way to ensure their extinction in your home is to get a quarterly pest control service. Palmetto Exterminators provides easy and affordable pest control to all homes across the Carolinas. Once the technician comes out, their quarterly service is an easy way to consistently defend your home against persistent insects. Not only will this service protect the home from the infamous Palmetto bug, but it also defends against all spiders, ants, rats, wasps, and more. The best way to protect your home and your family from these kinds of insects is to use regular extermination. What may start as an annoying, somewhat comical, presence can turn into an infestation that can have adverse health effects on homeowners and their families. Contact Palmetto Exterminators for all your pest control solutions at 800-585-8019 or schedule a free inspection. Make sure you’re not the next participant in the traditional South Carolina bug dance.

Charleston office is amazing! They have been providing high quality pest control services for our home for 13 years. Wouldn't consider any other company!