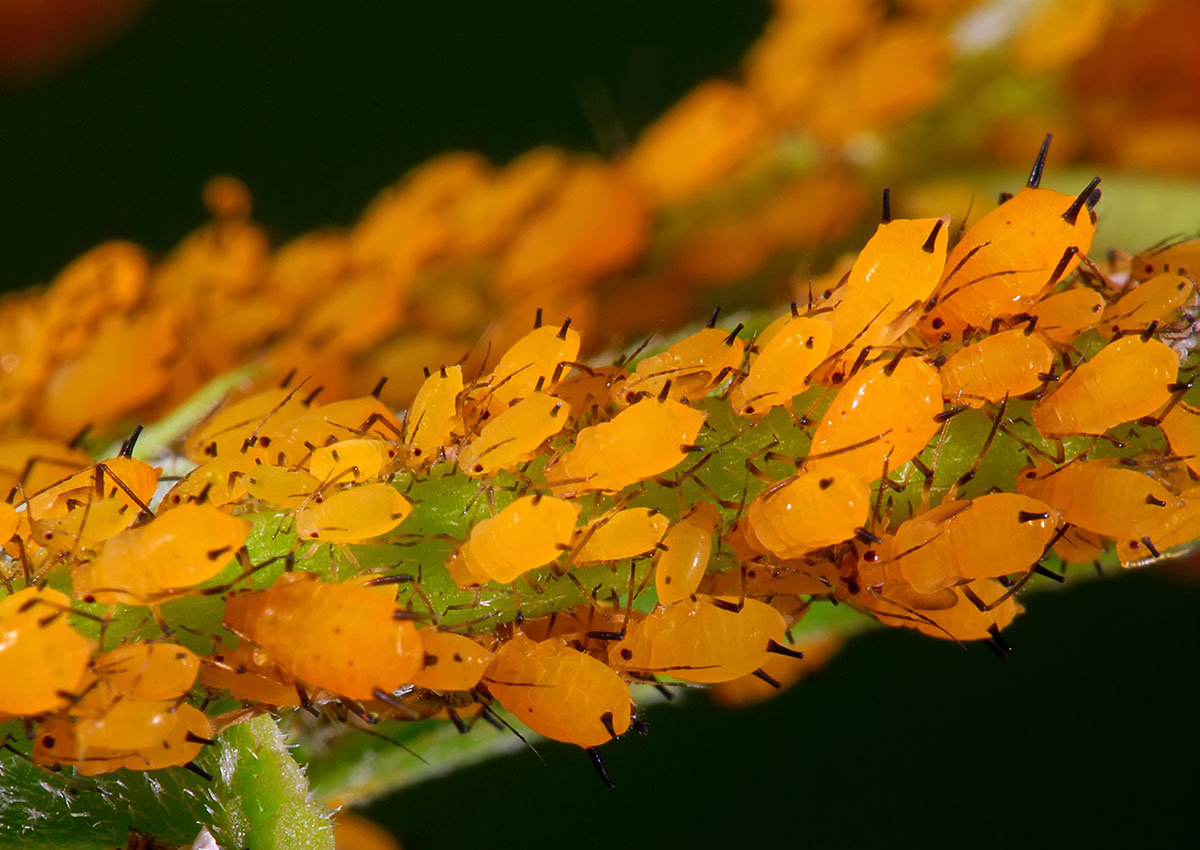 Aphids are truly bizarre insects. They keep ant armies on retainer as body guards, reproduce without fertilization, and sometimes eat roses for breakfast. The term ‘aphid’ includes many variations of the soft bodied, sap sucking bugs. These animals are normally very small, and sometimes called plant lice, ant cows, or greenflies. Despite their unique attributes, these insects are still pests with the potential to spread deadly bacteria to your favorite plants.

An aphid’s life cycle begins at birth, when the female aphids produce either live offspring if they have not mated, or eggs if they have. The ability to birth live offspring makes aphids unique among other insects, but also means they can reproduce at exponential speed. This typically happens in the summer before the normal mating period, when wingless female aphids reproduce via progenesis. If aphids have mated later in the year, the females typically lay eggs over the winter.

Variations of aphids are named for the plants they feed on. Many people find aphids on roses, aphids on pepper plants, and aphids on large plots of crops like corn or cabbage. These populations can be particularly destructive, sucking sap out of plants to wipe out crops and attract other insects in their wake.

Aphids might be destructive, but they do have a pretty sweet deal with ants. Ants are known to offer protection to aphids in exchange for a sweet substance the aphid excretes after sucking sap. The aphid’s excretion is called ‘honeydew’. To get honeydew from an aphid, ants stroke or ‘milk’ the aphid, which gave aphids their nickname: ant cows.

To get rid of aphids, it’s best to target the plants they feed off. Spraying a mild mixture of soap and water on leaves may repel them, as does dusting plants with flour, which constipates aphids.

If you find that you are having issues with aphids in your yard, contact the pest professionals at Palmetto Exterminators.