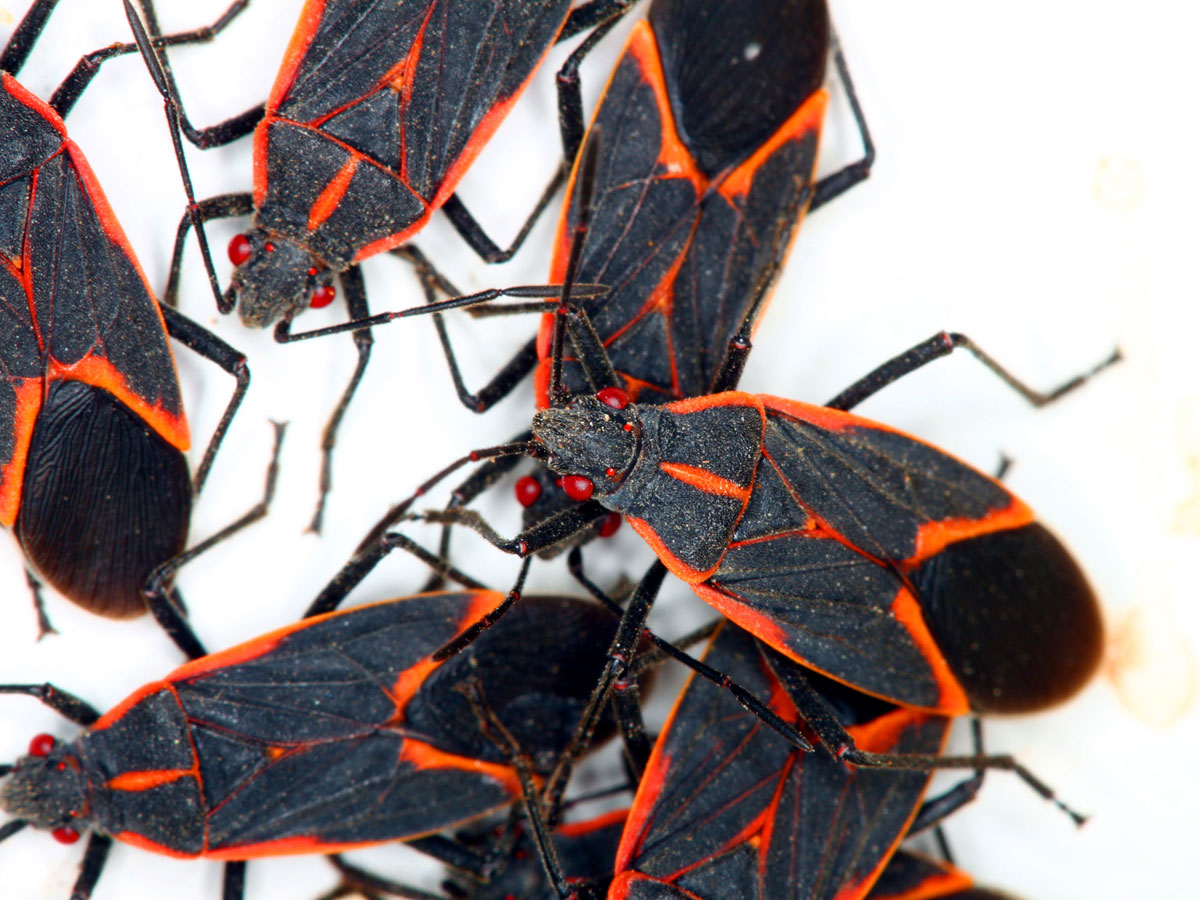 Adult Boxelders are often mistaken for stink bugs, as they look very similar. They are known as a destructive agricultural pest because they mostly damage apples, peaches, grapes, strawberries, plums and non-fruiting trees including maple and ash.

These agricultural pests are sometimes called ‘sap suckers’ due to their ability to penetrate plant tissue and consume its’ secretions. They especially become a problem when they begin to enter the home as they travel in colonies of hundreds or even thousands during winter months.

Boxelder Bugs make themselves at home in walls, basements, kitchens, living room, and any warm space within the home. This can cause extensive damage to property, and no one wants these creepy crawlers in their home during the holidays. They have a black torso, with red or orange markings towards their rear. Their oval shape is very similar to the common stink bug, but do not be alarmed, these critters don’t come with infamous stench.

The best way to prevent a Boxelder Bug infestation is preparation before the fact. These insects will crawl into any crevice they can to infiltrate your home. To prevent an infestation, you can seal open cracks in doors, windows and garage screens. If it’s already too late and a group of Boxelders have already made themselves comfortable in your home, make sure to properly dispose of your new housemates if taking care of this pest problem on your own. The smell that Boxelder Bugs make when they die attracts many other species of bugs, which could lead to a plethora of other problems.

If there are signs of an infestation in your home, the best course of action is to call a pest control professional, such as Palmetto Exterminators. If these Boxelder Bugs are not properly dealt with, it can lead to a multitude of other problems in the future.

Reliable and available at a moments notice