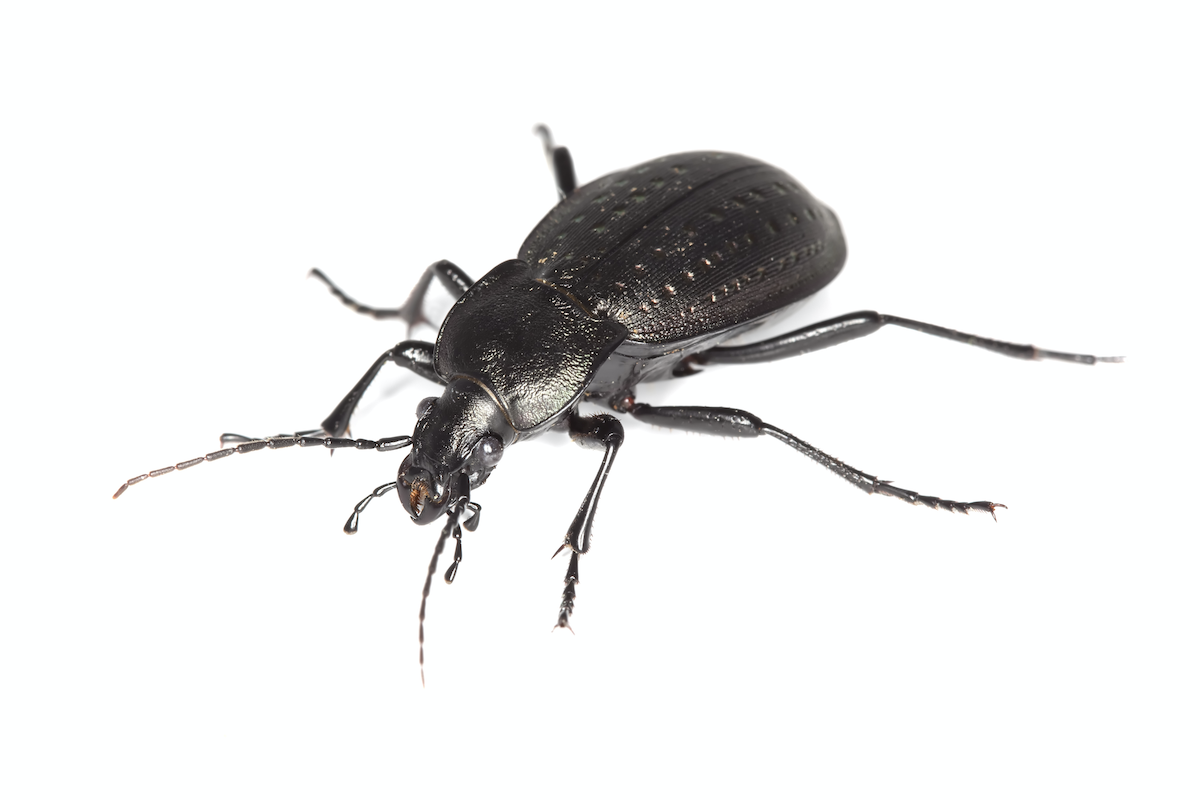 What Are Ground Beetles?

Ground beetles are the most common type of beetle in the United States. These pests are characterized by their dark color. Some even have an iridescent tint to their outer shell. Ground beetles are ovular and elongated in shape, growing up to 25 mm in length. While they have two pairs of wings, they are unable to fly, as the wings are hardened. However, they have three pairs of legs which they use to run (fast!) from predators. When Ground Beetles are threatened, they can release chemical secretions called allamones for a considerable distance to defend themselves.

Interestingly enough, the ground beetles also release smells to attract a mate. Once they have found one, these beetles are extremely territorial and will fiercely defend their small patch of territory. The female ground beetle will typically lay her fertilized eggs, typically about 100 eggs, on the underside of a leaf or inside a damp wooden log, where they will undergo a complete metamorphosis. This process is the transformation from egg to larva to pupa. As they grow, they shed their skin until reaching adulthood.

Where Are Ground Beetles Found?

Ground beetles often prey on other insects such as caterpillars, slugs, and snails which can be extremely helpful for gardens. However, they can cause damage to outdoor crops. As adults, ground beetles often live under the bark of trees, logs, among sand and rocks outdoors. They are attracted to moisture and bright lights, which may draw them indoors. Ground beetles can enter the home through small openings in foundations, windows, and doors, especially on humid summer evenings. Because they release defense secretions, they can cause food spoilage and strange smells in the house.

How do I Get Rid of Ground Beetles?

Though these pests can be helpful in your garden, they can be a nuisance in the home. Ground beetles frequently invade homes and commercial buildings in search of food and shelter. To help keep them outdoors, be sure to seal any entryways that ground beetles can use to gain access.