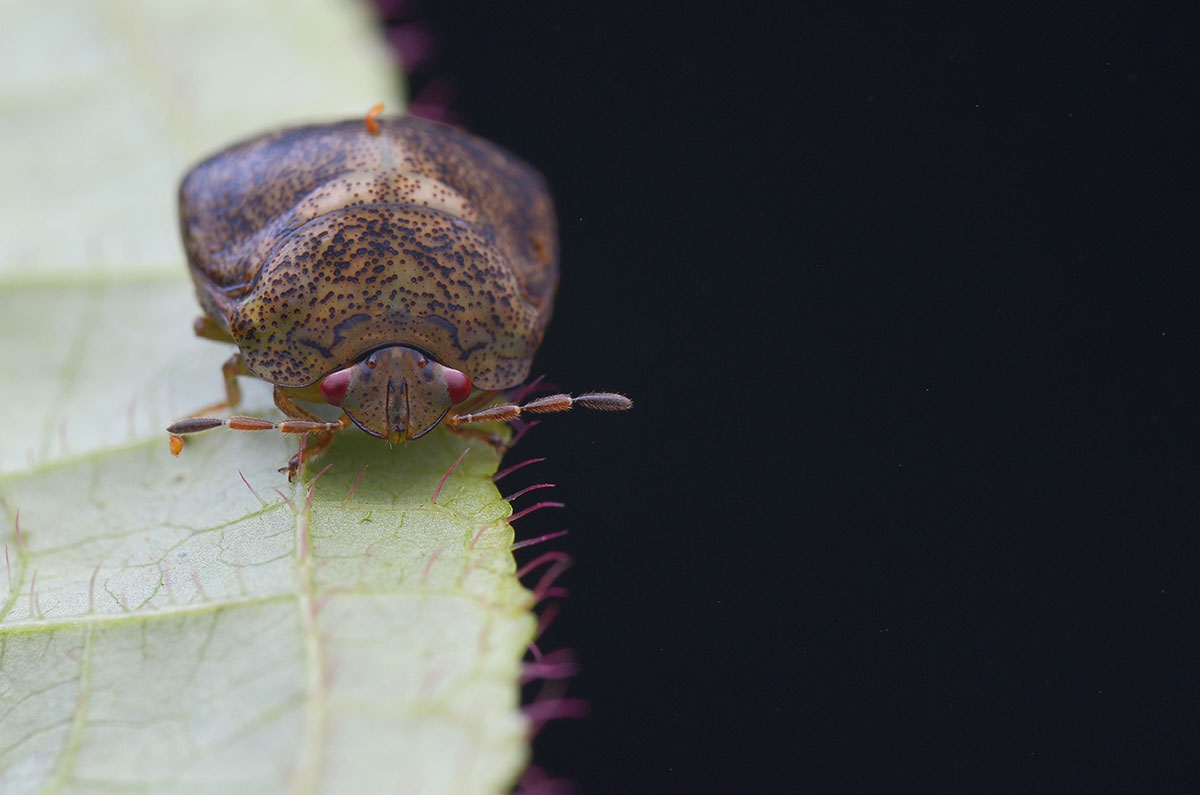 Kudzu bugs are relatively new additions to the ecosystem of the South Eastern United States. Also known as bean plastids, the kudzu bugs were recently discovered to have made their way from Asia to the US. Kudzu bugs feed off kudzu plants and legumes, and pose a major threat to soybean crops in the agricultural Southeast. Agriculturalists don’t quite know what to make of the environmental impact of kudzu bugs, and keep their eyes peeled for these ravenous little pests. But others are hoping the kudzu bug can help reign in another invasive species.

Kudzu plants have long plagued the Southeast, their vines rapidly crawling up the walls of buildings until seemingly overnight the walls seem to be woven out of leafy greens rather than built from brick. This invasive plant species is predominantly found in the Southeastern United States. Kudzu vines are essentially parasites in their own right, choking out native plant life. Because kudzu bugs feed off of kudzu, they could naturally balance out the plant species for which they’re named. These little olive green creatures are typically smaller than a quarter inch, and feed off plants by using their piercing, beaklike mouth parts to suck out moisture and nutrient rich tissue.

Still, kudzu bugs aren’t necessarily the lesser of two evils. They are not solitary bugs, rather they typically are found gathered together in the hundreds. Kudzu bugs are not stink bugs, but like stink bugs, they release smelly odors when squashed or threatened. And though kudzu bugs don’t bite humans, they still pose a big threat to soybean crops because of their pervasive and invasive nature.

Kudzu bugs are not friendly guests, and if you see any sign of them you should call a professional immediately. It might take awhile to get rid of kudzu bugs as a species, it may be impossible, but the right exterminator can keep them from invading your home.

I cannot tell you how knowledgeable and courteous your employee Justin is. He located our ant trail after several months of dealing with this problem. We feel fortunate to have him service our house.