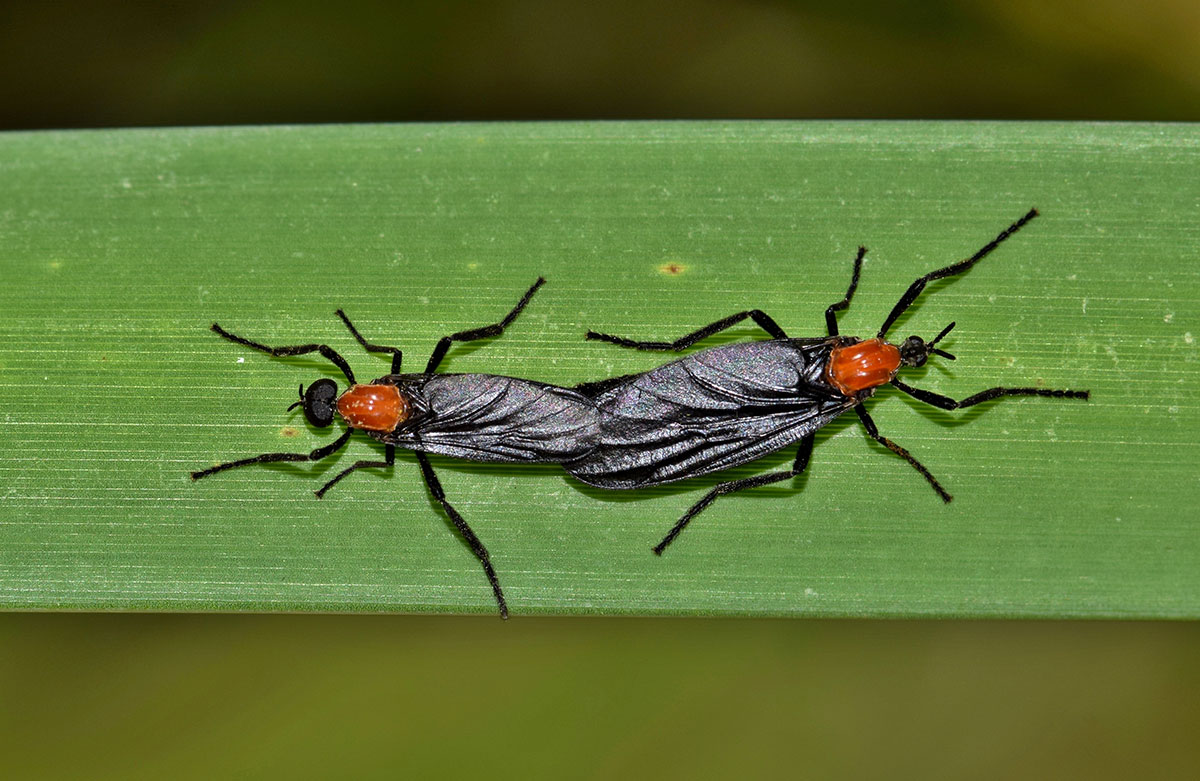 People in the Carolinas really only notice the presence of lovebugs twice a year when the insects appear in large numbers for their semi-annual flights. These flights, each lasting about four or five weeks, occur in late spring (April and May) and in late summer (August and September).

Lovebugs, or Plecia nearctica, are actually a kind of fly. Originally from Central America, Lovebugs migrated north and into the United States in the 20th century. Today, they exist in South Carolina, Georgia, and all of the Gulf Coast States.

These small and slow-flying insects are entirely black except for a red thorax section behind their heads. When you see them en masse, they are in their adult stage and they are most often in pairs.

Lovebugs have a relatively short lifespan. They begin their lives in grassy areas with moist soil. Once they hatch, the larvae will eat the organic material nearby, thus helping to redistribute nutrients back into the earth and encouraging new plant growth. Once they reach the adult stage, they spend most of their time with their mate or laying eggs for the next round of lovebugs.

These insects are not harmful, but they can be a tremendous nuisance. Although they do not bite or sting, their slightly acidic bodies can create problems for cars. When lovebugs are left on the grilles of cars, they become very difficult to remove and can even begin chipping away at the paint. Additionally, their bodies can clog car air channels and obstruct the driver’s view of the road.

Fortunately for us, lovebugs have become less of a nuisance in the last couple of decades. This is largely due to natural controls that keep their population in check, such as parasitic fungi, dry weather, and healthy avian populations.

If you are seeing large numbers of lovebugs on your property, it may be helpful to clear your yard of grass clippings and other detritus. For more information on lovebugs and other pests, contact Palmetto Exterminators.