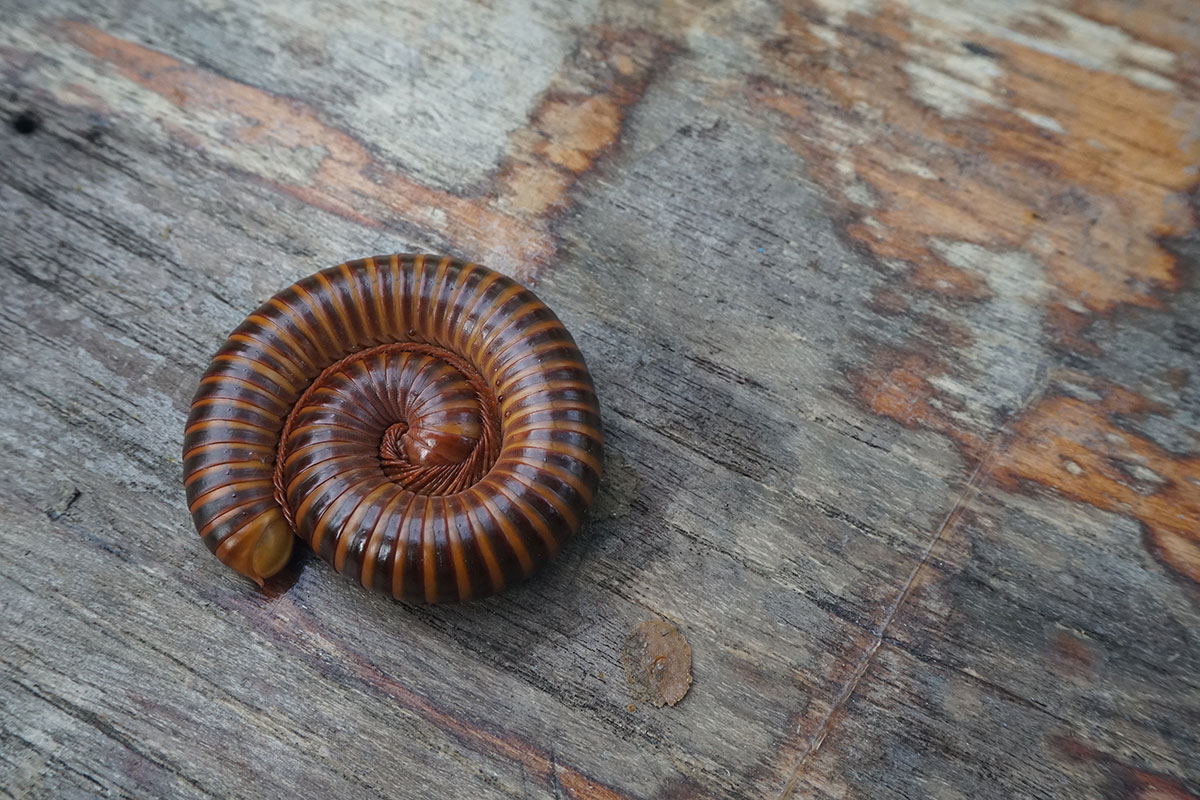 Did you know that a millipede can live up to ten years? In North America alone, there are about 1400 kinds of millipedes; worldwide, that number reaches close to 7000! Although you may not want to find them wandering around your bathroom or kitchen, these creatures are mostly harmless and serve an important role of breaking down organic materials.

Millipedes are often lumped into the insect category, but these guys are in a different portion of the arthropod family. Myriapods tend to have a longer life cycles, and millipedes take between two to five years to fully mature.

Once they reach a state of maturity, they reproduce. Most species of millipedes will lay 20 to 30 eggs in warm and damp soil, but there are some that have live young. Those that went through an egg form will become legless larvae, undergoing several molting sessions and adding more legs and segments each time. Not creatures inclined to waste food, millipedes eat their old exoskeletons after molting.

Adults spend much of their time burrowed in dark, damp soil, only emerging at night. When they do come out from under leaves and rotting organic material, they feed on decaying vegetation. They usually are not a problem in gardens as they typically feed on dead plants rather than living ones, but large numbers of millipedes can create issues by eating seedlings. They may even feed on small dead animals like snails.

Inside the house, millipedes are more of a nuisance than a real threat. They do not feed on wood like termites do and they cannot bite or sting you or your pets. With that said, picking up a millipede with bare hands is not advised, since they do release chemicals that can irritate your skin.

If you do find millipedes in your home, they are usually in basements or garages. Should you need assistance in getting them out of your house, please contact Palmetto Exterminators for a free inspection.

We have had the enjoyment of our yard all times of the day thanks to your service! It’s been fantastic not having mosquitoes or flies attack us as we enjoy grilling out or having the kids play in the lawn, etc.