In 1960, Mr. Pierce started a small pest control business in the quaint South Carolina town of Walterboro. 55 Years and a change in ownership later, Palmetto Exterminators has grown to the 52nd largest pest management firm in the nation.  How did we get to where we are and where will our pest professionals go next? 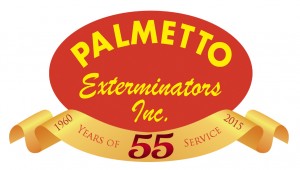 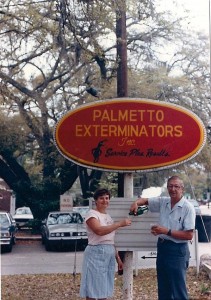 In 1976 Bud Snyder, wanting to execute his skills and knowledge of the pest control industry, sought out a company to purchase and grow.

Bud Snyder, a graduate entomologist from Penn State and well respected leader in the pest control industry, decided it was time to put his vast knowledge of insects, business, and the pest control industry to work for the Snyder family.  After many years of leading training programs for renown companies such as Truly Nolen, Terminix, and Orkin, Bud, his wife Lil, and their kids packed up and began the trek  to the Low Country of South Carolina to settle in and take over Palmetto Exterminators.  Bud, the patriarch, ran the day to day pest control operations, while his wife and matriarch of the Palmetto family took over the book keeping duties.  The practice of having and entomologist and bookkeeper (CPA) will later be replicated by two of the Snyder boys.

During the late 70’s Palmetto Exterminators looked and operated a lot different than it does today.  With only one location in Walterboro, Palmetto Exterminators had to take on additional services to build the company name and to bring in additional revenue.  During the hot summer days brothers Bert and Lance Snyder helped the company install insulation.  Little did they know, the brothers would one day take on the ownership of the company.

During the late 70’s Bud decided to begin a new branch in Charleston due to its heavier population and broader business base to grow from.  A decision that proved to be a very wise investment.  Today the Charleston branch accounts for almost half of the Palmetto Exterminators brand.  Shortly after the opening of the Charleston branch the Beaufort branch was opened to expand Palmetto’s coverage to the southeastern portion of the state.

In 1989, Hurricane Hugo devastated the Charleston area and forever changes the landscape of Charleston with the spread of the Formosan Termite.

The decade of the 90’s is arguably the most pivotal time frame in the Palmetto Exterminators history.

In 1990, Bud’s son Bert, followed in his father’s footsteps and graduated Clemson with a degree in entomology.  Immediately after graduation Bert began to work in the Charleston branch.  Bert’s extensive knowledge in termites would help Palmetto Exterminators become one of the leaders in the fight against the Formosan termite epidemic in the Low Country.

By the mid 90’s the Charleston area was growing at such a rapid rate that the demands for pest control meant it was time to start a Summerville Branch.  Not long after the creation of the Summerville Branch, the first inland branch was added in Greenville.

In 1999, matriarch Lil Snyder decided to retire from Palmetto Exterminators, leaving a hole in the bookkeeping department.  Son Lance Snyder, a CPA in Greenville, was looking for a company to call his own.  Lance’s brother Bert convinced him to join the Palmetto family and take over the day to day control as the CFO.  Just like his family did in the the late 70’s, Lance packed up and headed for the coast of South Carolina.  With Bert and Lance at the helm, the second generation of Snyders began to shape the present Palmetto Exterminators. 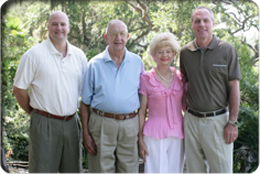 Within the first few years of the new millennium Palmetto Exterminators expanded its territory and opened up a Columbia branch, and then broke ground in North Carolina with a Charlotte branch.

In 2003, the rise in need of mosquito control became a pressing matter.  Listening to the need of a customer base brothers Lance and Bert began a mosquito program.  Until this point mosquito control was offered mostly by government municipalities and was not available to the private sector. Keeping personal health and environment in mind, a plan was developed to make outdoors livable again.

In 2013 Palmetto Exterminators opened a branch in Myrtle Beach, completing service for the coastline of South Carolina.

To date we have 8 locations servicing the vast majority of South Carolina along with parts of North Carolina and Georgia.

Where are we going?

The past year has been a time of change throughout the company. While we were already utilizing digital cameras in the field for termite inspections, something that no other company in the state was doing, it was time to evolve.   A bigger focus has been placed on technology.  In 2013, the use of iPads for our sales associates ushered in a new wave of technological improvements. In early 2015 a push was made to send all pest control invoices and service notifications via email delivery.

In the coming months you will see a revised and new website, a project that is being feverishly worked on as you read this.  The new site will be more user friendly on desktop and mobile, and will contain a new feature, the pest library.  In addition to the website, some of our offices are in the process of digitizing termite files.  In the near future managers and technicians will have the ability to look at the history of your house while in the field.  This service will help us identify if problems have been fixed, and what new issues have become evident since the previous inspection.  In all, you will be receiving an even more thorough and expansive inspection than before, all with the use of technology.

Thank you for choosing Palmetto Exterminators to protect your health and property, as well as making your outdoors livable.  Without you, the customer, we could not have made it this far. 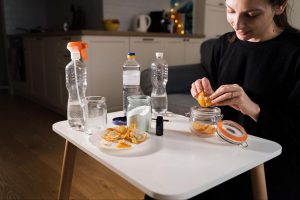 We’ve all done it. You see a cockroach in your home, attempt to kill it in an unhinged panic, all the while anxiously hoping that there are no other offenders on your premises. While sometimes this can be the case, so often there are numerous ‘friends’ lurking right around the corner, in the entryway, by your pet’s food, or even under the bed.
Read More 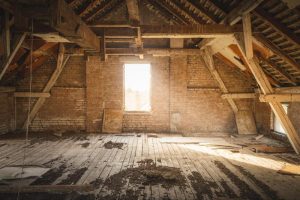 Creepy crawlers and critters are known to hang out in these mysterious parts of our homes but there is no need to be scared. Our experts at Palmetto Exterminators have broken down the most common attic and crawl space pests to watch out for and how to prevent them from getting in.
Read More

Had our home serviced again by David Cole. David has an excellent attitude and does an outstanding job. Keep up the good work!