Termite Swarm Event: Please click here to fill out the questionnaire if you see termites in your home

Home / Pest News / How to Identify Different Types of Bees 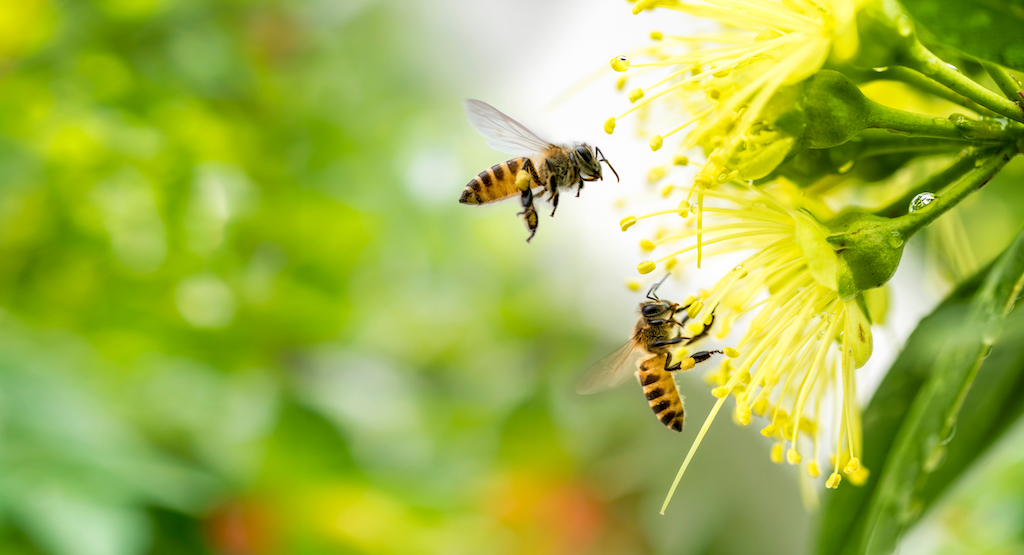 What’s All the Buzz About Bees?

Spring brings beautiful flowers and with beautiful flowers comes pollen… and pollen attracts bees. With over 20,000 different species of bees, the planet is full of these buzzing insects, hopping from flower to flower and creating the honey we all know and love. Though these bees can sting, it is very rare that pest exterminators are needed to control these insects. To keep track of these bees, all species are classified into seven different families, each with unique traits.

The Apidae bee family is the largest family with at least 5,700 species including the honey bee, bumble bee, and carpenter bee. These bees are mostly social with a few solitary species. Being “social”, often refers to bees that live in large colonies.

The Andrenidae family contains about 2,700 species of relatively solitary bees including the mining bee with the majority having brown or black coloring.

The Colletidae family has around 2,000 species and are commonly known as plasterer bees because the female bees use a plaster technique to apply a lining to their nests to combat moisture.

The Megachilidae family is made up of about 3,000 species of solitary bees including the leafcutter bee. These bees, unlike other families, carry pollen in their abdomens.

The Melittidae family contains a small number of around 200 species. These bees are classified as solitary and are typically found in Africa.

The Halictidae family has about 3,500 species with some species attracted to sweat, including the Green Metallic Sweat Bees. Most of these bees are categorized by their glimmering, metallic appearance.

The Stenotritidae family has the smallest number of species amounting to only around 21 species found primarily in Australia. These bees are typically very large and make their nests on the ground.

Now that we have identified the different bee families, here are some facts and tips on how to identify bees.

First things first, we need to clear the air about the question if wasps are bees and the answer is no. While wasps look like the bee’s older, mean brother, they are not in the same family. While bees are fuzzy and wide, wasps have little to no hair, have very bright colors, and are quite slender. They also sting like their lives depend on it!

Now that we’ve got that cleared up, let’s move on to meet the real bee family.

Starting off strong with the most popular bee, the honeybee is striped black and yellow with a very fuzzy appearance. These bees live in colonies and hideaway in existing crevices in trees and other pieces of nature. While these bees are quite tame and mind their own beeswax, they do sting in defense, but only have one chance to sting. Honey Bees are found all over the world but typically gravitate towards tropical and forested locations.

Now onto the loveable, big bumblebees. These bees are large, fuzzy, and have crisp black and yellow coloring. While they look very similar to honey bees, they are much more round. These bees carry pollen in their hind legs before they transfer it to their colonies. Bumblebees are also relatively harmless, but if threatened, can sting and are not limited to just one time like the honeybees. They are commonly found in the eastern parts of North America but are found all over the globe.

Carpenter Bees get their names for their love of wood. You could call these bees mini carpenters because they are experts in the business of making their homes by carving tunnels in decaying wood. These bees are more distinct with their hairless, black bellies, giving off a less fuzzy appearance as opposed to honeybees and bumblebees. Carpenter bees are also pretty tame but can sting in defense many times and their sting is more painful compared to others in the bee family. These bees are mostly found in the southern and eastern parts of the United States.

Curious to know what leafcutter bees do? They do just that… cut leaves. The leafcutter bees make their homes in leaves and rotten wood. While bees are known to produce honey, leafcutter bees are not part of this widely known fact. Female leafcutter bees also have teeth! A bee with teeth surely isn’t something you would expect. While these bees are found around the globe, they are most commonly found in North America.

Their name is already a mouth full in and of itself. These bees are certainly not like the others with their shimmering green, iridescent look. These bees do have the ability to sting but are relatively harmless. The sweat part of their name comes from their attraction to salt. When green metallic bees land on human skin, they lick the sweat to collect the salt from it. Gross, we know! These bees are found throughout North America but primarily are found in California.

Though their name sounds foreign, no pun intended, you are sure to have heard of these bees before. More commonly known as “killer bees”, these bees are categorized by their aggressive nature. They are a cross between the European and African bee, released in Brazil in the 1950s, and have since spread into North and South America. The Africanized honey bees have golden yellow and brown stripes and are slightly smaller in size than traditional honey bees.

These bees are named after the flowers they primarily collect pollen from. The squash bee collects pollen from squash blossoms which are a popular addition to meals as used in salads and are most widely known as a fried dish, but the squash bee only cares for its pollen. Squash bees are larger than honey bees and have longer antennas and inhabit areas from Quebec to Mexico.

Should Bees Be Our Guest?

As you have learned, bees are relatively harmless and do more good than harm. They harvest pollen, create delicious honey, and benefit your gardens. While bees are great, they may not be if you or a family member is allergic. A few more cases that call for bee removal services include worries about pets that frequent the backyard or if they are nesting in the walls of your home. If you are looking to remove Bees from your home, contact Palmetto Exterminators. 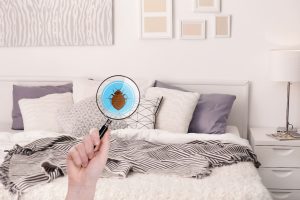 How to Check for Bed Bugs When Traveling This Summer

With summer upon us, the traveling season is right around the corner. While families and friends are eager to book that long-awaited getaway, it is important to make sure your destination is bed bug-free. While most people know what bed bugs are, we want to give you a rundown of why they are such despised insects and how to check for bed bugs.
Read More 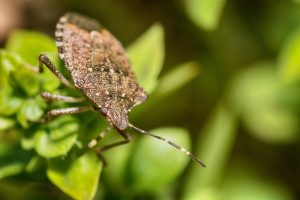 Does it seem like your home attracts stink bugs? Maybe you’ve seen them creeping around and aren’t sure what kind of home pest control to use. Or you’ve tried to catch one and it released a horrible, rotten smell? Don’t worry, your local exterminators at Palmetto Exterminators have compiled some tips to help you out when it comes to dealing with stink bugs.
Read More