Home / Pest News / Termite Swarmers are Back in the Lowcountry

It’s that time of year again in the Lowcountry: termite swarmers have returned in full force. Termite swarmers typically begin appearing in early spring and their activity peaks around Memorial Day. On warm and calm evenings, you can often find hordes of these flying insects hovering around sources of light. If you haven’t encountered them already, you probably will in the next few weeks. Read on to get the full scoop on termite swarmers and what to do if you notice them in or around your home. 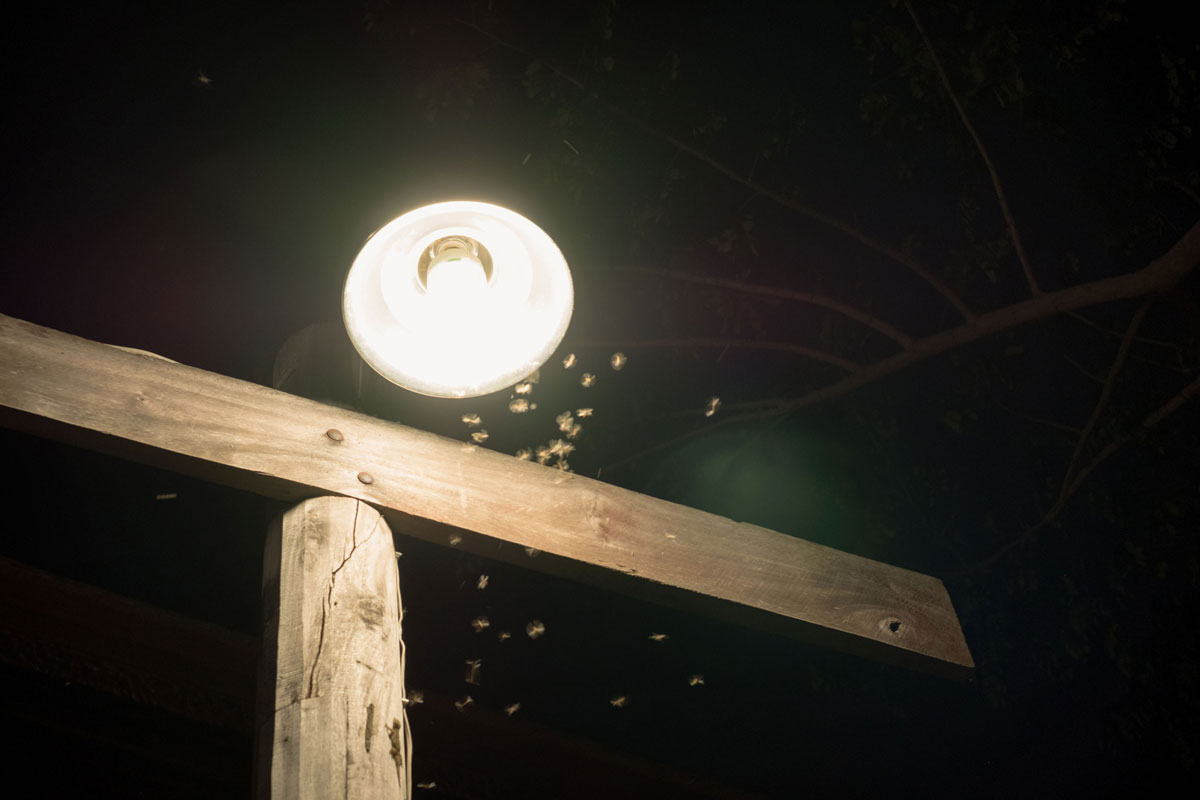 What are termite swarmers?

Termite swarmers are the winged versions of their flightless brethren whose main purpose in life is to reproduce and start new colonies. Termite swarming activity will depend on the species of termite, but the ones in the Southeast tend to be most active in late March through June. The typical kinds of termites found in our area are the Eastern Subterranean Termite, which swarms in late March through early May, and the Formosan Subterranean Termite, which is on the move from late May through June.

Of the termite species present in the Lowcountry, Formosans are the most common – and the most destructive. In a single night, a mature Formosan termite colony can emit more than 70,000 swarmers! When homeowners see a swarm like that, it’s no wonder that they rush to examine their termite bond. It is estimated that Formosan termites cause between 75 and 100 million dollars in damage every year to structures in the Lowcountry.

Homeowner’s insurance does not cover termite activity, and unfortunately, many termite bonds do not typically cover Formosans. If Formosan termites are covered, they may be covered only on a limited basis, so be sure to know what your termite bond entails.

Should I be concerned?

Yes, you should be concerned about termite swarms, but not to the level of panic. Although the presence of termite swarmers in and around homes may be frightening to homeowners, it is rare that the swarms actually originate from an infestation within the home. In the experience of Palmetto Exterminators, areas outside of the home are the source 98% of the time. In addition, swarmers have no biting or chewing mouthparts and they do not cause damage to the home.

While this is positive news, homeowners who make these swarmer discoveries should contact a pest authority immediately to make certain that the source of the swarmers is not from the structure itself. Even if the source is external and the swarmers cannot cause any damage yet, these termites are trying to begin a new colony, which could eventually become a problem for structures nearby.

What should I do if I have swarmers near my home?

First, don’t panic. Termite swarming is a natural part of the termite life cycle and the alates do not cause any damage at this stage. Second, collect some of the swarmers in a container and give Palmetto Exterminators a call. We will then set up a time to inspect the insects you have found, as well as your property, to identify where the swarmers are coming from. In the meantime, turning off your exterior lights at night may help to cut down on the swarmer activity.

Please note that we tend to be experiencing higher than usual call volume this time of year, but we will get to you as soon as possible! To set up a termite control inspection time or if you have any questions, contact Palmetto Exterminators directly.

Professional, on time and detailed reporting on termite inspection.