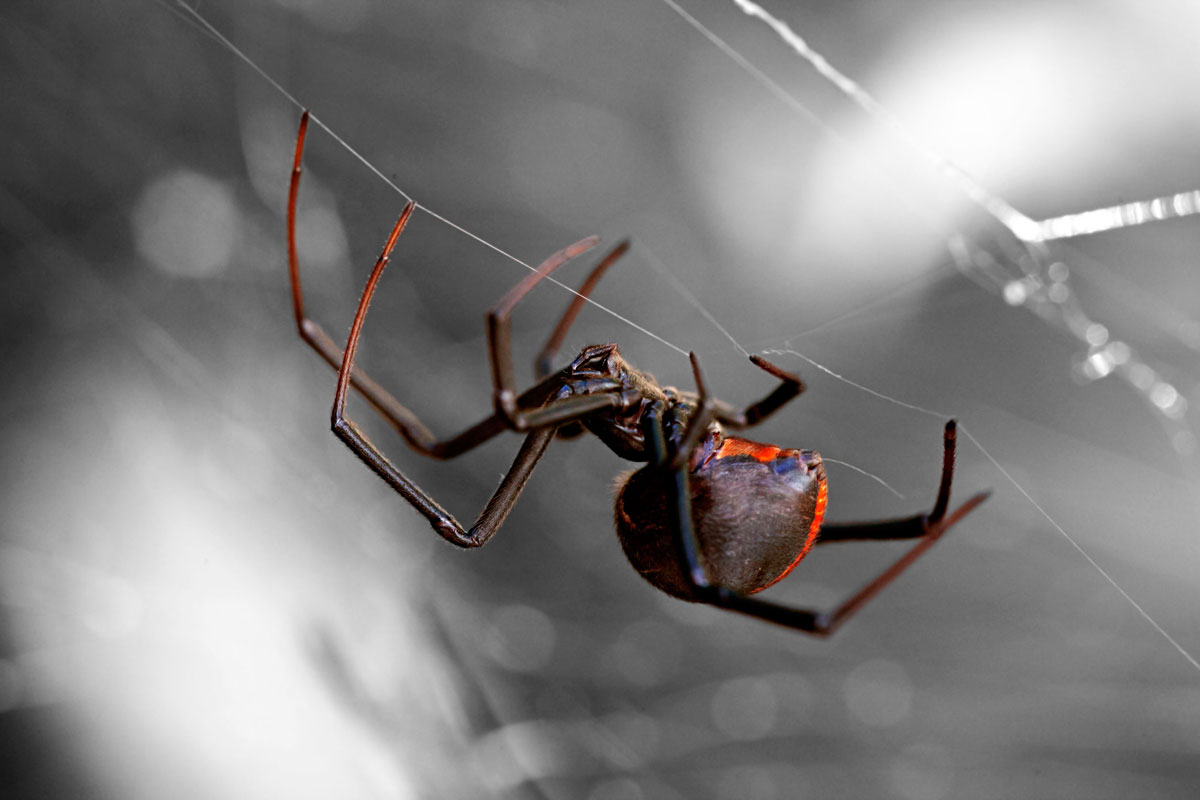 Interestingly, the deadly black widow spider is commonly known for females consuming the male after mating, however this phenomenon actually rarely occurs in nature. The species is commonly found in South Carolina and should be avoided whenever possible.

Black widows are one of the easiest spiders to identify, with a signature black body and a distinct red triangular pattern atop of its back. Like all other arachnids, they have eight legs along with eight eyes. Young black widows are characterized by an orange hue, but this color darkens into its signature black tone as it matures. Black widow females are larger than the males and occasionally have a touch more of a brown tone to their torso.

Black widows do not pose a major threat to property, but their venom is reported to be 15 times stronger than that of a rattlesnake. Symptoms of a black widow spider bite include nausea, vomiting, difficulty breathing, cramping, excessive sweating, rashes, and tremors. Being bitten once by a black widow is not inherently fatal, but the venom will continue to spread without proper medical attention.

Brown widow spiders, commonly known as comb-footed spiders, are another species inhabiting South Carolina. Aesthetically, they are very similar to the Black Widow with an hourglass design on the back of their torso, however the hourglass is a reddish-orange hue against their signature brown body. Unlike the black widow, they have comb-like bristles on their hind legs that help them weave unique cobwebs.

Only female brown widow spiders are capable of biting, yet this is actually a quite rare occurrence. A brown widow’s bite is nowhere near as potent as the black widow’s with 15% of bites containing no venom at all. That said, some bites can be dangerous with symptoms including muscle cramps, abdominal pain and cramps, muscle weakness, pain in lymph nodes, and fever.

A Black or Brown Widow nest can be pesky to your home and property, and potentially dangerous. If you identify an infestation, be sure to contact Palmetto Exterminators to solve your spider problem.