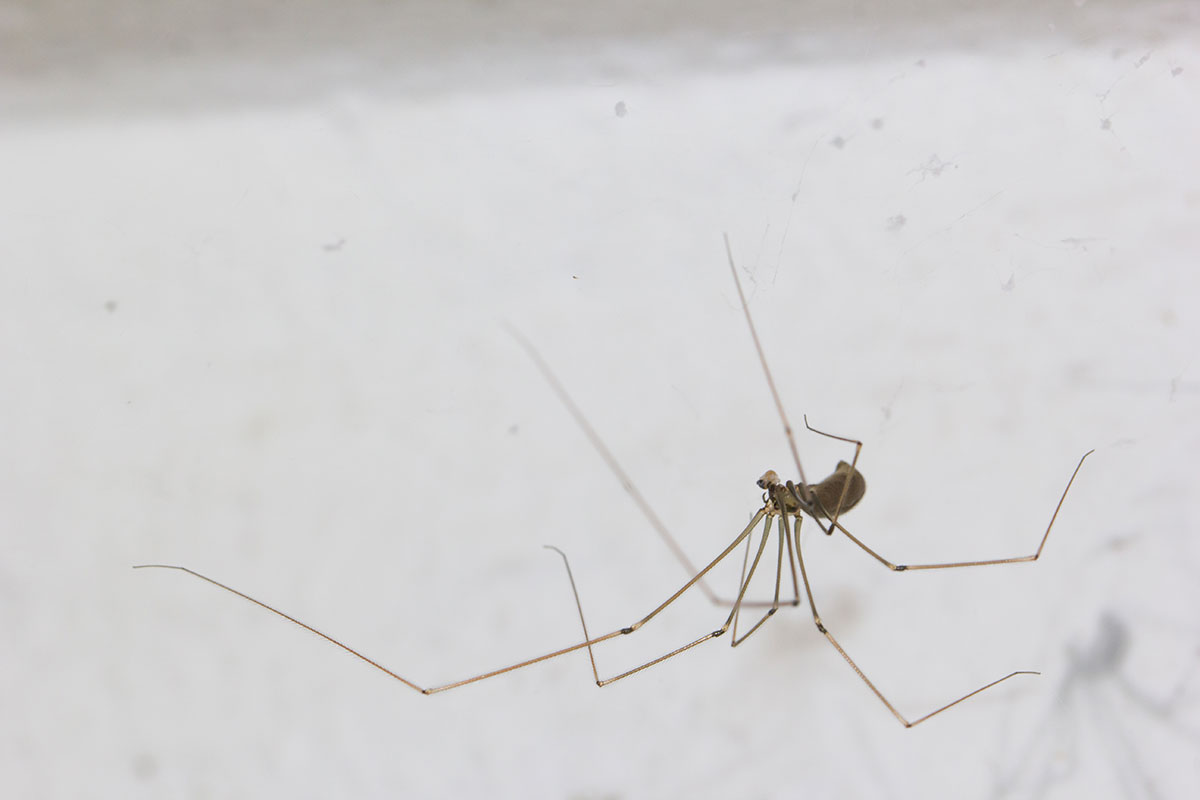 Cellar spiders belong to the family Pholcidae and they are found on every continent except Antarctica. There are actually two types of cellar spiders: long- and short-bodied. Both types range in color from light tan to brown or gray, have small oval bodies, and have slender legs. The long-bodied cellar spiders have legs that can be up to two inches long, while those of the short-bodied spiders can be about ½ inch.

As the name would suggest, cellar spiders often make their homes in the damp and dark corners of basements, crawl spaces, sheds, and warehouses. Unlike other species of spiders that take down their webs before making new ones, the cellar spider will continue layering webs on top of each other, which leads to much more noticeable cobwebs.

These kind of spiders do not present a threat to humans, although they are very effective against other spiders and insects. There is an urban myth that the venom of a cellar spider is some of the most potent in the world, but their fangs are too short to inject it into a human target–this is not the case. They have adapted to capture much smaller prey, however. When cellar spiders see an insect approaching their web, they will pulse their bodies to make the web shake and cling to their prey. In other cases, cellar spiders will move into another spider’s web, pretend to be trapped, and then attack the other spider when it gets close enough.

There are several ways to prevent a cellar spider infestation. Inspect the exterior and interior of your home for cracks in the foundation that could be letting the spiders in. If you see any, seal them up with caulk. If you have firewood, stack it at least 20 feet from the side of your home and inspect firewood pieces before bringing them inside. If you are noticing multiple kinds of insects and arachnids in your home, you may want to measure the humidity levels and pick up a dehumidifier. For more serious infestations, feel free to give Palmetto Exterminators a call to set up a free, no obligation inspection.

We have had the enjoyment of our yard all times of the day thanks to your service! It’s been fantastic not having mosquitoes or flies attack us as we enjoy grilling out or having the kids play in the lawn, etc.