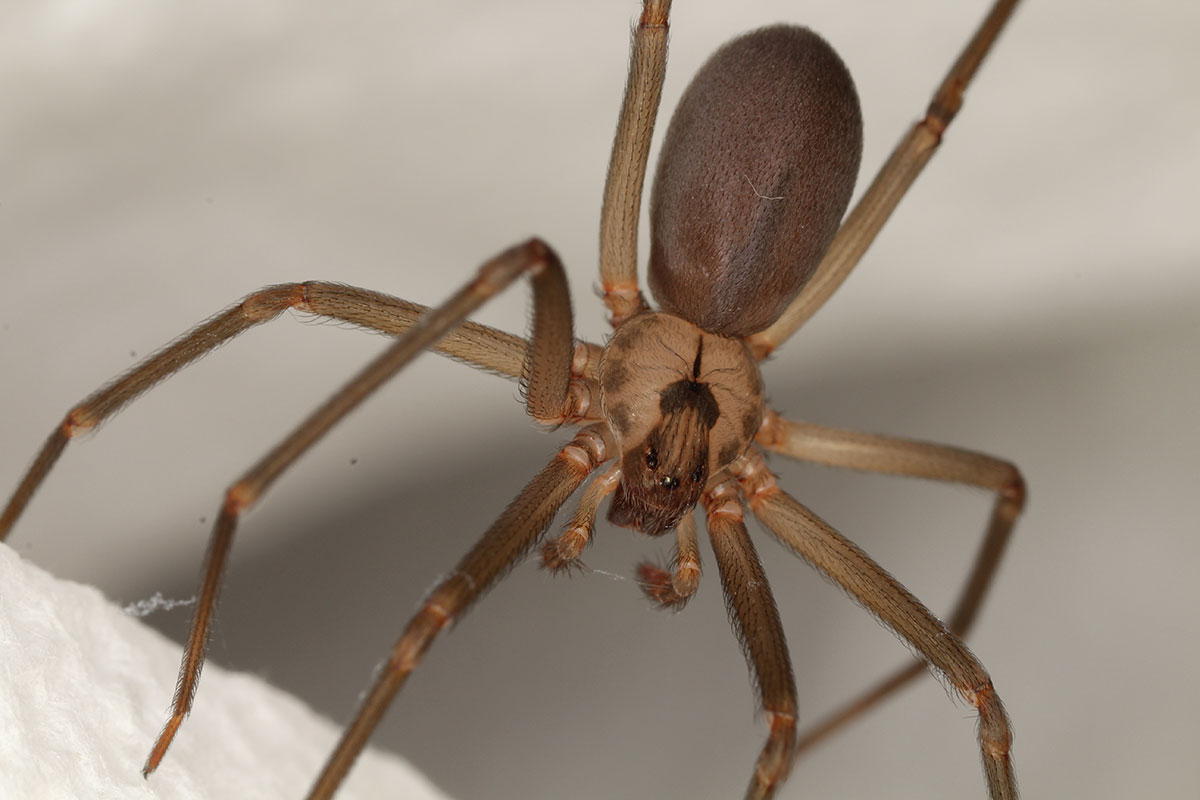 The brown recluse spider, Laxosceles reclusa, gets its name from both its coloring and its shy nature. Like most other spiders, the brown recluse does not seek out conflict with humans and usually keeps to itself in the dark recesses of basements or closets. Most bites from this spider occur because it was inadvertently pressed against someone’s bare skin and felt it had no other option than to bite the victim.

Brown recluses, colloquially known as violin or fiddleback spiders, grow to about the size of a quarter. They range in color from light tan to dark brown and they have the characteristic violin shape on their backs. Their legs and bodies are solid brown rather than banded, and if you get close enough to see their eyes, you will find that they are arranged in a semicircle and there are only six rather than the traditional eight.

Once they reach adulthood, brown recluses live about two years. Females will produce up to five egg cases in their adult lifetime, with 20-50 spiderlings per egg case. This kind of spider is really only active from March to October, so if you see them in your house, it will usually be during this time period rather than in the winter months.

The bite of a brown recluse spider is venomous, but it will not always cause a reaction. The initial bite is usually painless, and if the victim has a reaction, this will begin to appear between three and eight hours later. Some bites only produce a pimple-like swelling that heals without medical attention in three weeks or less. For those who have a necrotic reaction to the spider’s bite, medical attention is necessary.

Brown recluse spiders are not very common in the Carolinas; most of the time, people will see harmless brown house spiders instead. Regardless, if you believe you may have a brown recluse spider infestation, it is a good idea to call professional pest exterminators. Palmetto Exterminators offers free inspections. Contact us today to learn more.

I have been very happy with my service. I really appreciate Carson, our serviceman. He is very friendly & always accommodating to where I want him to spray. He seems knowledgeable about his job. He is always on time as well. Thank you Carson & Palmetto! Great job!!!