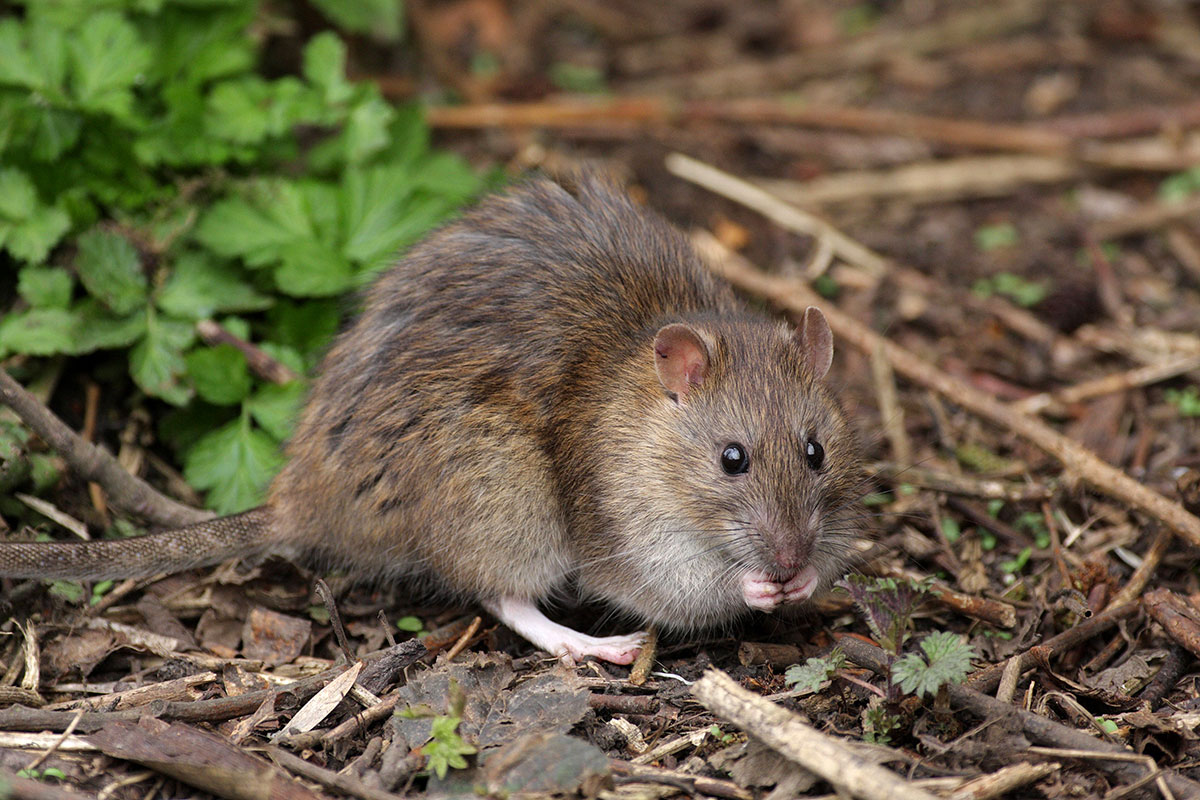 Rattus norvegicus, the brown rat, is one of the most common rats on the planet. Although they originated in northern China, brown rats have made their way to every continent on Earth, except for Antarctica.

These rats can grow up to about 15 inches (including their tail) and weigh between 140 and 500 grams. On average, males are larger than females. Both sexes have coarse, brown fur that may have black and white hairs interspersed. Their fur may lighten to gray or tan on their bellies, and it disappears on their ears and tails.

Brown rats were first introduced to Eastern Europe in the early 1700s; by the turn of the 19th century, they were in every European country and had sailed across the Atlantic to the New World as well. These animals used to prefer forests and areas with heavy brush, but now, they make their homes near or with humans where food is abundant.

In their approximately two years of adult life, rats will eat almost anything and can survive in the most extreme of conditions. They are plentiful around garbage dumps, inside of sewers, and in any other places that they can find food and some sort of rudimentary shelter.

Norway rats are active at night, foraging at dusk and just before dawn. They do make appearances during the daytime to collect food, which they then carry back to their homes (which might be yours) or places that are not as busy. These kinds of rats prefer meats and cereals, and they have a particular affinity for dog food.

Rats can carry diseases and inflict significant structural damage by gnawing through wires, pipes, and plastic. If you suspect that you have a rat problem or if you have seen some of the creatures moving about your home, do not hesitate to contact a pest control professional. Palmetto Exterminators provides free inspections, so contact us today.