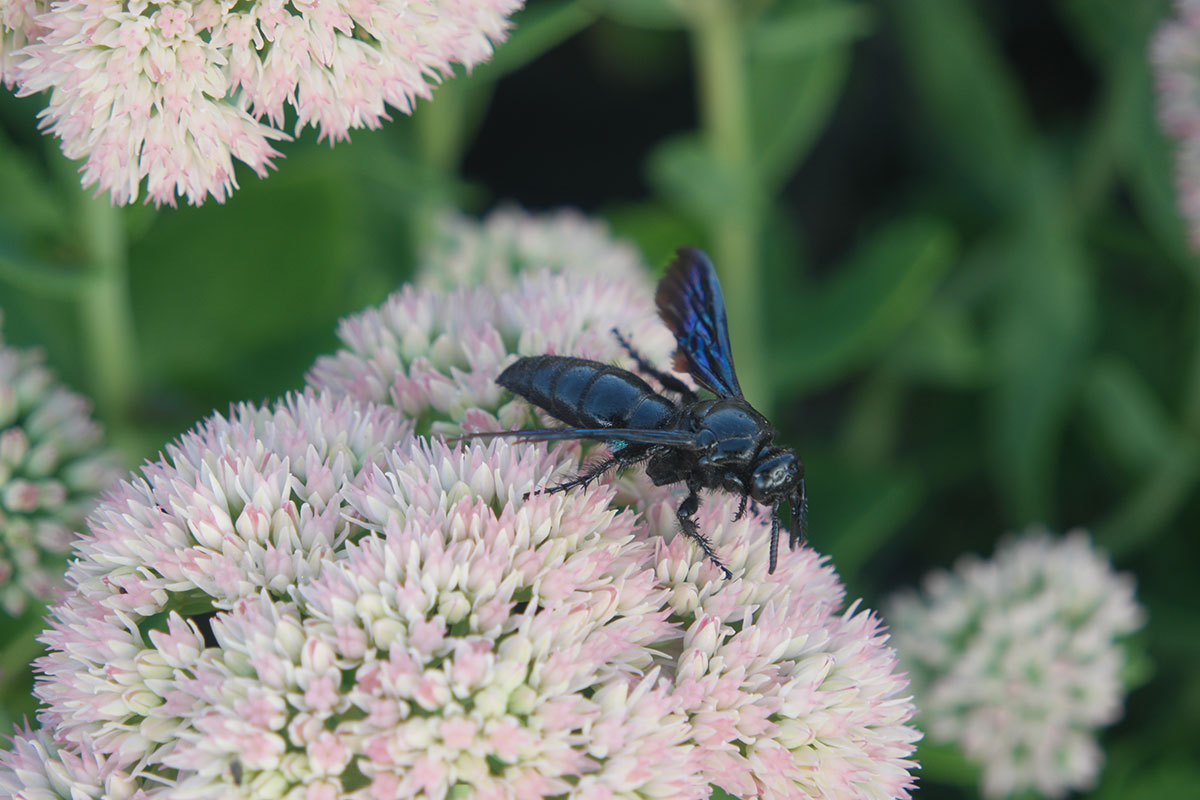 Mainly visible in flowering areas during the summer months, the Great Black Wasp is a fascinating creature with peculiar behaviors that seem to come straight out of a horror story. Though you wouldn’t want to be one of the wasp’s bugs of prey, Great Black Wasps tend to be docile towards humans and helpful pollinators.

The Great Black Wasp belongs to a category of wasps called ‘digger wasps’, named for their penchant for digging in the ground and characterized by their beak like mandibles, solitary nature, and the shape of their bodies. They’re found throughout the continental US, Canada, and Mexico but tend to stay away from the Pacific Northwest. Their wings are characterized by a deep blue sheen. Great black wasp size typically stays between 1 and 1 ½ inches, though the females are larger than males.

Don’t spend too much time looking for the black wasp’s nest to send them packing, you won’t find one. The Great Black Wasp is a solitary creature, and digs underground tunnels to breed its young.

By and large, these creatures are considered harmless to humans. A great black wasp sting is not necessarily dangerous, but could be unpleasant and even cause allergic reactions in some individuals. The great black wasp does not sting maliciously, only in retaliation after first being provoked. If you can, keep your distance from them to avoid a sting.

Though humans aren’t threatened by this digger wasp, they prove to be something of a nightmare for other bugs in the backyard kingdom. When a mother wasp is ready to breed her young, she’ll go and find an unsuspecting katydid, paralyze it with her saliva, and drag it back down to a tunnel she’s dug underground. There, she’ll lay a few eggs on the motionless katydid. Once her eggs hatch the buried-alive katydid will serve as the baby black wasps’ fresh buffet until they’ve matured.

Reliable and available at a moments notice