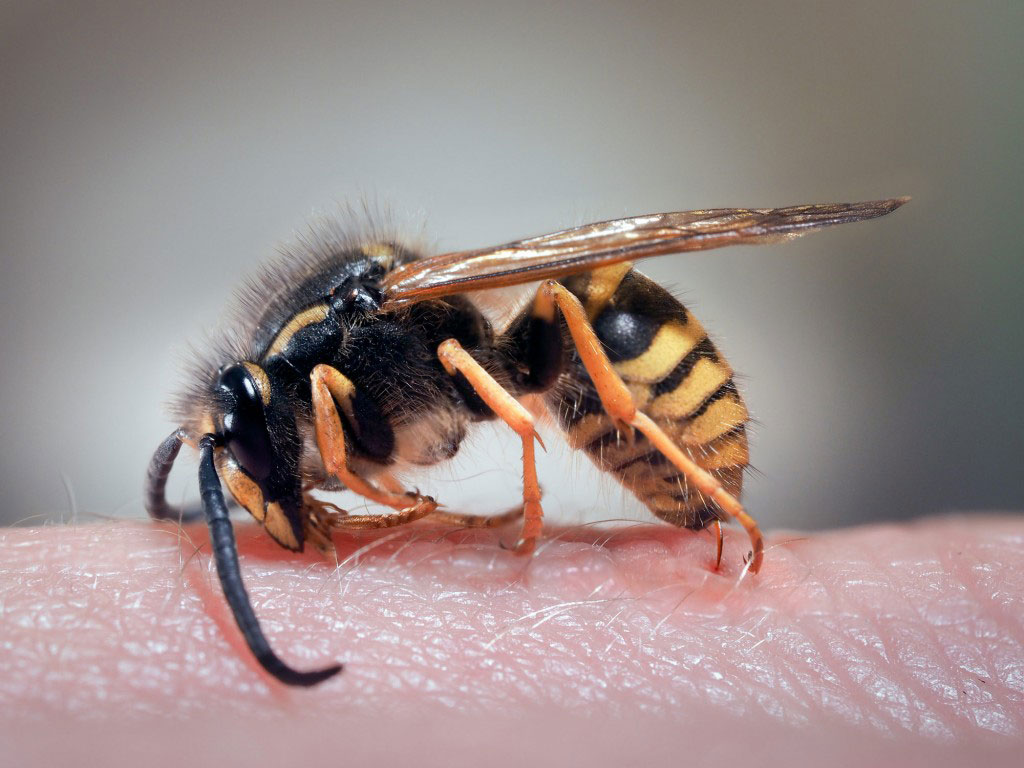 Wasps were originally found in europe and have slowly made their way throughout the world. They are divided into two different groups: solitary and social wasps. Most wasps are considered solitary and live on their own. Solitary wasps include hornets and yellow jackets, who build isolated nests within the ground or mud.

Unlike solitary wasps, social wasps are known to have a caste system which involves sterile females called workers and a fertilized female known as the queen. The queen wasp originates the colony of wasps by building a nest and laying eggs that eventually become workers. These nests are usually found in tree trunks or hanging from branches and buildings.

These insects are commonly known to be aggressive and become territorial when threatened. When a wasp feels threatened in any way, they don’t tend to hesitate to attack victims in close proximity. Their stingers, or barbs, can easily be removed from victims and don’t usually cause any real harm unless the victim is specifically allergic.

A wasp nest can be extremely dangerous when disturbed, as these insects are very territorial and will attack when they feel their colony is threatened. If you come across a wasp nest, it’s important to consult with a professional to determine what kind of wasp nest you have and how it should be disarmed. Nests are commonly found in residential areas such as roof eaves, behind shutters or even in garden sheds. If you need consultation for wasp removal around your home, be sure to contact Palmetto Exterminators today.