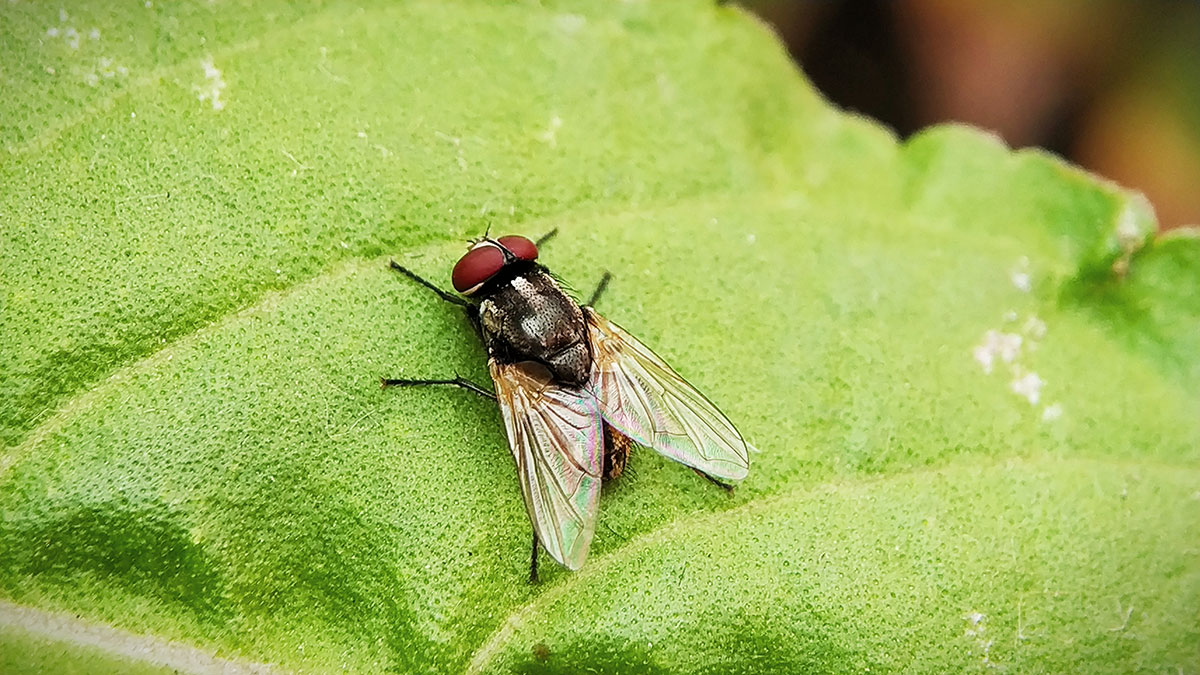 The common housefly is a pest that most people are familiar with. These creatures seem to appear overnight; with such a fast life cycle, this may actually be true in some cases. The entire cycle from fertilized egg to buzzing adult can happen in the span of just seven to ten days and adults can live up to three months.

Female flies lay their eggs in the same places that adult flies feed. They do not stay with their eggs; instead, they select an area that is protected from predators, near (or on/in) a food source, and then continue to live their adult lives.

Within a single day, the first housefly larvae will begin to emerge from their eggs. Houseflies at this stage are known as maggots, and they can do little more than feed with their hooked mouth parts and worm-like bodies. They grow quickly, though, doubling in size in less than two days and molting as they continue their development process. After the third molt, the larvae burrow into their food source and transition into the pupa phase.

The pupae stage is when houseflies form the body segments of adults. They darken in color and emerge as fully grown adult houseflies. While the adults can live up to three months, most of them have lifespans of less than 21 days due to their many predators.

Although houseflies are a nuisance to us, they do serve an important environmental role. These scavengers will help to decompose rotting materials, which can then be further broken down by bacteria. Houseflies are also a major food source for a variety of predators, like birds, reptiles, amphibians, and other insects.

Just because houseflies have a critical role in the environment does not mean you want to live with them. To keep these insects out of your house, you can engage a variety of control and elimination methods. These include things like sealing up food sources inside and outside the house, introducing venus fly traps and allowing spider webs to remain outdoors, using fly traps, and more.

For more information on controlling the housefly population in and around your home, contact the pest elimination professionals at Palmetto Exterminators.