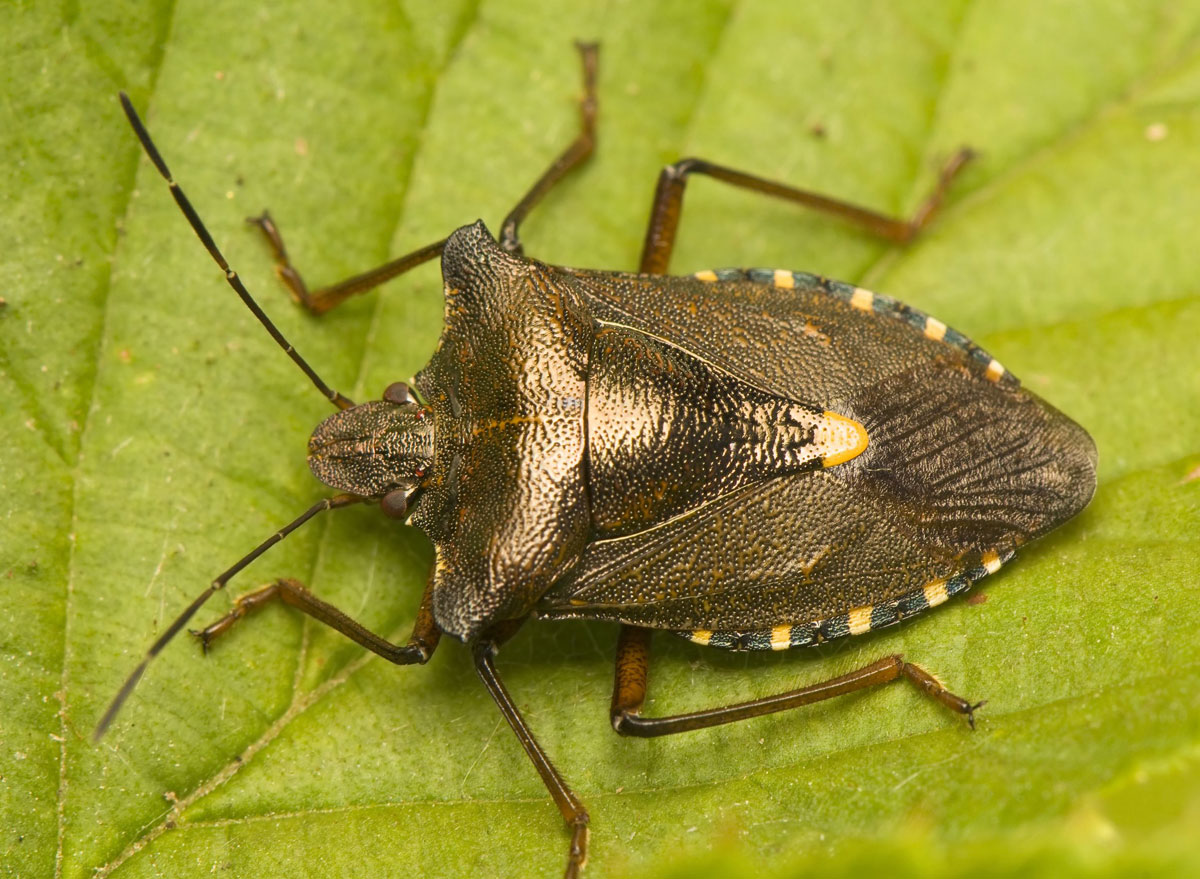 Stink bugs belong to the family Pentatomidae, which contains over 4,700 various species. With that many species, it’s hard to tell these bugs a part. Most are identified by their shield which gives them an armored look and varies in color. The stink bug’s distinctive odor stems from a gland located in their thorax used to deter predators. These bugs can cause a lot of damage to crops, due to the fact that they feed off of primarily fruits and vegetables. They stick their mouths into the plants, sucking away many essential nutrients. This can cause stunted plants, kill smaller seedlings, and cause heavy damage to no tillage areas.

The most common variety of stink bug in the United States is known as the Brown Marmorated stink bug with the average adult measuring about 17 mm long. You can spot this species by their muted brown body and armored back containing black and white banding around the edges with a white underside.

Like many other insects, the stick bug often looks for places to warm itself during the fall. Sadly, their search for a place to stay often leads them to your home. The first telltale sign of an infestation is a large group of stink bugs appearing in the parts of your home with the most sun. In addition to the inconvenience of having stink bugs hordes enjoying your sunroom, their infamous odor could ruin anyone’s day.

If you see the signs of a stink bug infestation, the best course of action is to call a pest control professional. Contact Palmetto Exterminators to solve your stink bug problem today!