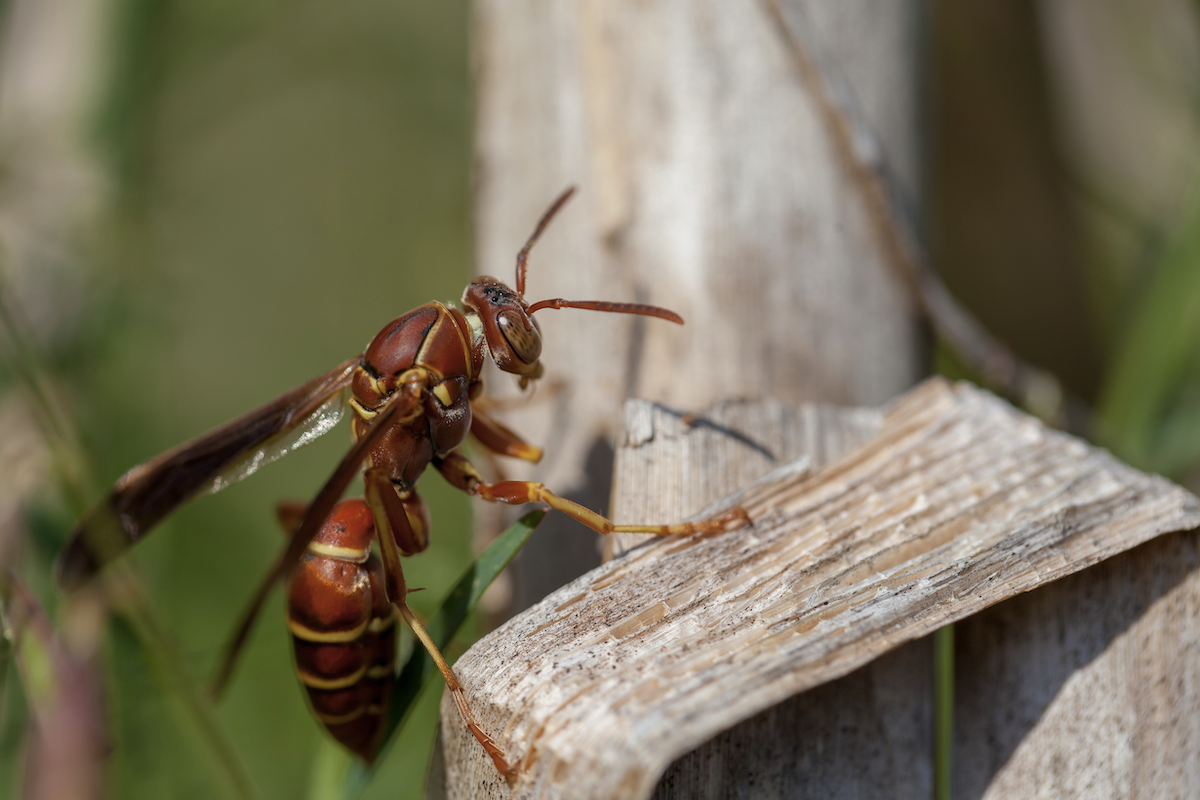 What Are Paper Wasps?

Paper wasps are reddish-brown insects with yellow markings that give them a similar appearance to honey bees. They are a social species by nature and are known for their tendency to make cone-shaped nests out of, you guessed it, paper. Rather than finding it from humans, though, these scrappy pests actually make their own form of paper by chewing on wood until it turns into pulp. Paper wasps are highly defensive of their nests and will actively sting to protect their hive if they feel threatened. Unlike honey bees, they can (and will!) sting as many times as needed until the threat is gone. Unfortunately, many people may be allergic to their venom and can have severe allergic reactions.

Queen paper wasps lay individual eggs into each “cell” of the hive, until late summer when she stops laying eggs. They are protected by sterile worker wasps as they develop through several stages of larvae. Paper wasp colonies typically include 20 to 30 mature adults within different classes, including a queen, sterile workers, and fertile males for reproduction. The worker wasps are in charge of building the nest, feeding the young, and aggressively defending the nest. Once the queen stops laying eggs, the colony declines, and her female offspring seek a different location to remain for the winter. The remainder of the colony dies off during the winter, repopulating once the eggs hatch.

Where Are Paper Wasps Found?

Wasps can be beneficial to your flowers as they assist in pollination by eating nectar and pollen. In gardens, they feed on caterpillars to nourish their colonies’ larvae. They often build their nests near gardens in the eaves of roofs, docks, and garages, playground equipment, and trees or other vegetation. Paper wasps have large populations near the Gulf Coast area but are commonly found all across the southeastern US.

How Do I Get Rid of Paper Wasps Near My Home?

Due to the highly aggressive nature of these pests and their ability to repeatedly sting without dying, getting rid of them can be a dangerous feat, especially for those who tend to suffer allergic reactions to insect bites. While you are sure to find hundreds of ways to remove them with a Google search, the easiest and safest way to get rid of them is by calling your local exterminators.

Ken Smith provided excellent customer service. He took time to explain what was happening with Formosan termite swarmers, which eased my concerns and fears.