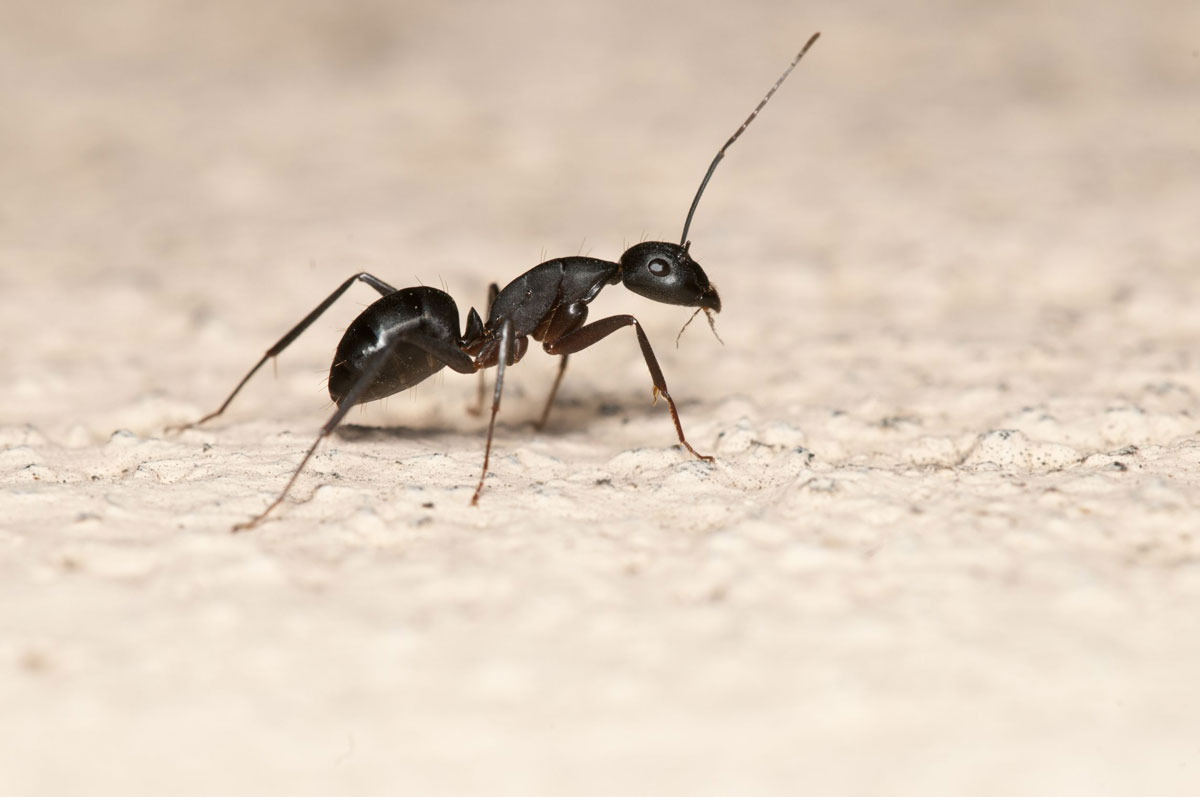 Carpenter ants are larger than the average ant and while they can be a major nuisance they do not cause major damage to sound wood in the southeast. They are typically associated with a moisture issue in your home and will only do damage in wood damaged from wood destroying fungi. Unlike termites, these ants do not feed on wood, but instead burrow into already fungi decayed wood in order to build their nests. Ant colonies are established by one fertilized queen whose main duty is to lay eggs. Colonies reproduce at a very fast rate and are most destructive during the spring.

There are 3 main species of Carpenter ants that inhabit the United States. The Camponotus Modoc, which burrows in the west, the titular Florida Carpenter ant, which can be found in and around its namesake, as well as the Camponotus Pennsylvanicus, the species most commonly found in the South Carolina.

The Camponotus Pennsylvanicus is more commonly known as the Big Black Carpenter Ant. Despite the name, these ants are modestly sized in comparison to the others in their species. What they lack in size, they compensate for in numbers. Big Black Carpenter Ant colony can have a working population upwards of 100,000 ants at a time.

In addition to their love for wood, these bugs have quite a sweet tooth. They lure sugary Aphids into their colonies and groom them until they produce honeydew. Once Carpenter ants are settled in, it is incredibly difficult to get rid of them. If you want to get rid of these ants, get those Aphids out of there as well.

To properly deal with these creatures, you have to know how to identify them first.

The first step is to check for sound, as Carpenter ants produce a rustling sound while they are digging out a new colony. You can hold your ear to a nearby wall or door to check for this sound. When a Carpenter ant colony is settling into a new home, they often leave residue from whatever structure they burrowed in, which happens to leave a trail. This residue is commonly mistaken as sawdust, but it’s important to look for signs of an ant colony. One of the most effective ways to identify an ant colony is the eye test. If you see a Carpenter ant in your home, it is most likely not alone.

A Carpenter ant colony can be a major nuisance in your home and property. If you identify an infestation, it’s important to contact a professional such as Palmetto Exterminators to come take a look.

Ken Smith provided excellent customer service. He took time to explain what was happening with Formosan termite swarmers, which eased my concerns and fears.