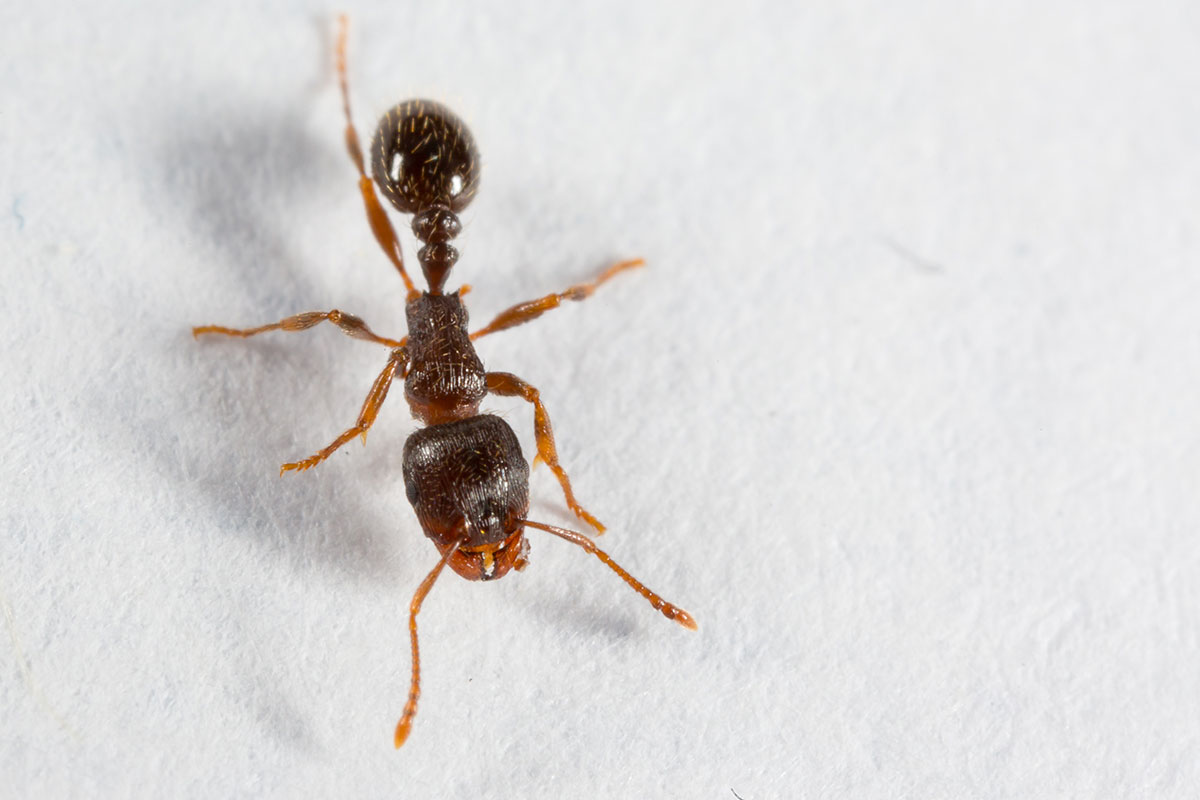 The pavement ant, so named due to its frequent presence near human-made walkways and structures, is a common visitor around our homes. These ants are attracted to our developments because they hold the promise of easily accessible foods both within and outside our homes.

The queen pavement ant will create her colony underground and between walls, somewhere close to a food source. Soldier ants will forage for sugary foods, but they will also retrieve other insects, oil, and grease. Pavement ants will eat just about anything, which means that isolating and eliminating their food sources can be problematic.

Pavement ants go through three life stages and workers can live up to five years. Only the queen ant lays eggs, which she does in batches of five to 40 per day. Once the new ants emerge from their small, white egg casings, they are juveniles that feed on fruit pulp until they reach the pupal stage. In this stage, they return to encasement and develop into adult pavement ants.

These mature ants range in color from a reddish brown to black and they can grow up to 4 millimeters long. The alates, or ants that scout for new colony locations, have wings and are longer than the worker ants.

The pavement ant is an extremely territorial insect; if another ant colony tries to move in, the soldiers will fight them to the death, take the losing colony’s eggs, and force those enemy hatchlings into becoming slave ants for their colony. If humans get in their way, pavement ants are capable of stinging.

Pavement ants are notoriously difficult to remove, which is why contacting a pest exterminator may be necessary. If you have nests of pavement ants on your property and are finding them in your home as well, contact Palmetto Exterminators for more information and a free inspection.