On the seventh day of Christmas mother nature gave to me seven squirrels living in my tree. 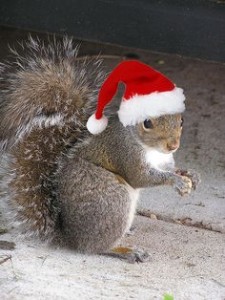 If you are as big of a fan of Nation Lampoons Christmas Vacation, then a year does not go by that you do not think about the scene when Clark peers into his tree only to be surprised the by squirrel who has taken up residence his freshly cut tree.  While this incident is comical in movie form, squirrels during the holiday season can become an issue.  Late fall and early winter often is a the peak time for squirrels to enter your crawlspace and attic. While Palmetto Exterminators does not provide services for squirrels, below are some  interesting facts regarding this pesky rodent.

On two occasions squirrels have shut down the power at NASDAQ. Once in 1987 for 82 minutes, and the second time in 1994 for 32 minutes by simply chewing through a power line.

Squirrel teeth never stop growing and thus they gnaw on things in order to keep their teeth from becoming too big.

Each year 30,000 fires are blamed on squirrels.

As previously stated, Palmetto Exterminators does not control wildlife, but each branch can supply you with a trusted wildlife expert that can rid your home of this invader. 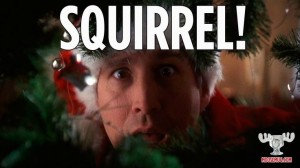 Palmetto Exterminators, a family owned and operated business has been protecting people’s health, their property and the environment since 1960. With eight locations serving customers in South Carolina, North Carolina and Georgia and two graduate Entomologists on staff, Palmetto Exterminators strives to lead the industry in innovation. For more information regarding Palmetto’s termite control programs please visit www.PalmettoExterminators.net, like us on Facebook, or follow us on Twitter.

Brad is fantastic! He explained exactly what would be done for the ant treatment and scheduled me quickly. He was there when he said and then followed up to make sure everything was ok with the treatment. Excellent customer service!! Highly recommend Brad and Palmetto Exterminators!